At his press conference for the new year held at the swimming pool bearing his own name, Park said he's already looking forward to the FINA World Aquatics Championships in Budapest, Hungary, in July.

Park, the 400m freestyle gold medalist at the 2008 Beijing Olympics, has won two world championships in that distance too. He said another victory in the 400m free will be extra special, after his roller-coaster season in 2016.

"I'd love to win the 400m title at the worlds because it's always been a symbolic distance for me," Park said at Munhak Park Tae-hwan Aquatics Center in Incheon, west of Seoul. "I've won an Olympic gold there, and it'll be a great chance to redeem myself after my struggles in Rio de Janeiro."

Park was referring to his disastrous Olympic campaign in Brazil last summer. After serving an 18-month doping ban, Park had to wage a legal battle against the Korean Sport and Committee (KSOC) for a chance to compete at the Olympics. He won his fight in court but struggled mightily in the pool, as he failed to make the finals in the 100m, 200m and 400m freestyle. 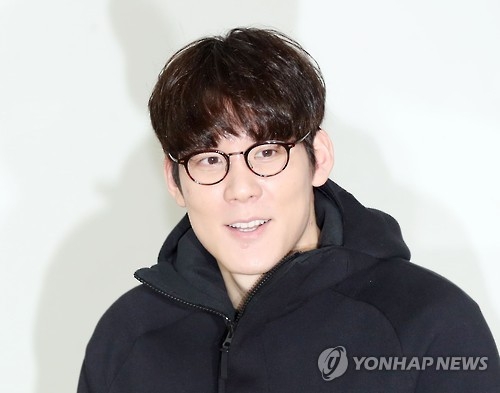 Park was still serving his doping ban at the start of 2016, and said Monday he's pleased to start 2017 with a clean slate.

"I had some tough stretches last year but was able to finish it on a positive note," Park said. "This year, I am feeling great from the start. With the world championships coming up, I hope to be able to bring home more good news."

Park said he will focus less on the color of medals than on improving his time. His ultimate goal is to top his personal best in the 400m, 3:41.53, set in winning the gold medal at the 2010 Guangzhou Asian Games.

"It's already been almost seven years," Park said. "I want to keep challenging myself to get over that hump."

Park said, however, he's not going to rush himself into getting back into race shape. Whereas most top swimmers ended their seasons with the Olympics last August, Park kept competing into December. He'll be working out on his own in Incheon, and will decide later when and where he will kick it into another gear.

"My training and competing schedules will be built around the world championships," he said. "I may decide to enter some meets in Australia or the United States, depending on where I will be training later this year." 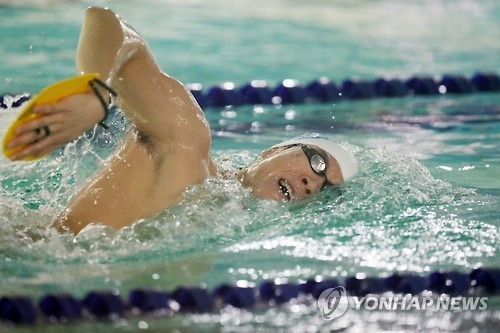 At 27, Park -- at least relatively speaking -- is no longer the brash young gun who flaunted his last-minute burst of speed seemingly at will. Park admitted he feels more easily fatigued than before, and it takes him a bit longer to recover after a race.

The key for him is not to let his age get to his head.

"Whenever my body doesn't respond the same way it did before, I tell myself it's not because of age but because of my mental strength," Park said. "Whatever problems I experience physically, I can compensate for them with training. I still feel like I can compete with younger swimmers out there as long as I train hard."

Still, Park has reached a point in his career where he has to be mulling retirement. He's competed in four Olympics but isn't yet thinking about his fifth in Tokyo in 2020.

"It's barely been half a year since the end of Rio, but people are already telling me about going to the Tokyo Olympics," Park said. "But I don't want to go to the Olympics just for the sake of going there. That's not my style."

Instead, Park said he wants to keep his focus on the 2017 worlds and the 2018 Asian Games in Jakarta, Indonesia.

Park said, in some ways, the Jakarta Asiad will be even more important than the world championships. The last Asian Games took place at Park's own pool in Incheon in 2014, but he failed to win a gold before the home crowd. He did end up with one silver and five bronze medals but was stripped of those after testing positive for a banned substance.

"I'd like to use this year's world championships as a stepping stone for the Asian Games next year," Park said. "I hope I can leave the worlds with plenty of confidence."

His doping ban notwithstanding, Park has been an iconic athlete for nearly a decade. He remains the only Korean swimmer to win an Olympic gold medal and has three more silver medals from the quadrennial competition.

Park said he wants to make sure his career will end better than the way it began.

"I don't know when I will call it quits," he said. "But I hope it will be an even more glorious moment than winning the gold in Beijing."

Ex-Olympic swimming champion eager for chance at redemption in 2017

Ex-Olympic swimming champion eager for chance at redemption in 2017