In the sequence from "Vromantic Jukebox," a project where the group does covers of songs requested by fans, the two singers pull off the signature outfits of the two main characters, the reaper and goblin, from the series. 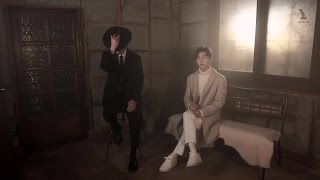