The composite consumer sentiment index for January came to 93.3, the lowest since March 2009 when it stood at 75, according to the data from the Bank of Korea (BOK).

A separate index gauging the people's sentiment toward the current economic condition came to 51 for January, down from 55 in December.

An index measuring the people's sentiments toward economic conditions in the next six months stood at 67, up from 65 during the same period, according to the BOK.

The monthly index is based on a survey of 2,039 households throughout the country from Jan. 10 to 17. 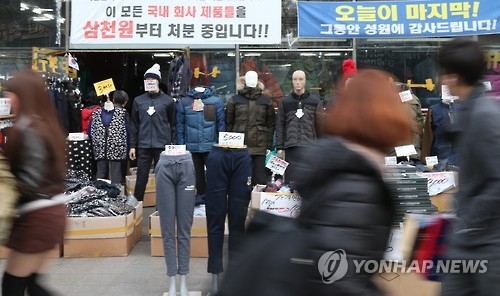