SEOUL, Jan. 23 (Yonhap) -- A local court has issued a another arrest warrant for President Park Geun-hye's close friend at the center of an influence-peddling scandal, after she repeatedly refused to respond to investigators summons, the probe team said Monday.

The investigation team filed charges against Choi Soon-sil on Sunday for obstruction of duty over alleged irregularities committed in the course of her daughter's entrance to a local university and other academic affairs.

Choi, indicted for a string of corruption allegations, has already been in custody since last year, but has declined to answer the investigation team's summons, citing health issues and her own trial.

As the court issued the writ, the investigators can now compel her to appear at their office to undergo questioning. The writ is valid for 48 hours from execution.

The investigation team said it has not yet decided when to carry out the interrogation. It is expected to take place on Thursday or later as trial proceedings for Choi's other criminal charges are slated for Tuesday and Wednesday.

The team, led by special prosecutor Park Young-soo, has launched the investigation into the scandal last month, after state prosecutors handed over the case. 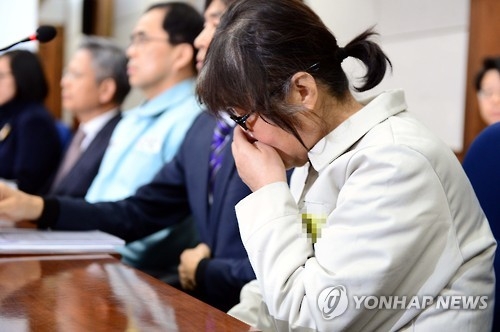