During a New Year's greeting session held by the National Academy of Engineering of Korea, a nonprofit organization to foster engineers, Hwang also said that the government plans to carry out a program to offer financial assistance to young researchers.

"(The government) will support efforts to raise human resources that the industrial sector needs by expanding exchanges among universities, research institutes and companies, and forming research teams led by engineering majors," Hwang said.

"The government has been making its best efforts to cultivate human resources in the science and engineering sector, nurture new industries and achieve technological innovation," he added.

The acting president, in addition, stressed that for South Korea to overcome its economic challenges and make another leap forward, the country has to focus on creating new growth dynamos.

He also said that the government will expand its research and development investment in basic science areas. 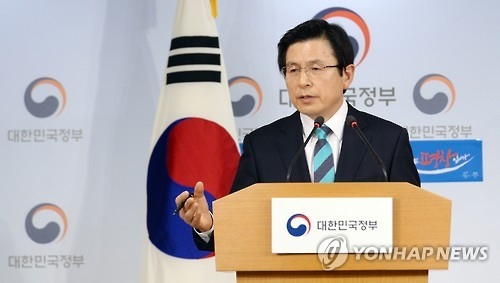