WASHINGTON, Jan. 23 (Yonhap) -- U.S. President Donald Trump was set Monday to sign an executive order withdrawing the U.S. from a massive Asia-Pacific free trade deal in a move that makes good on his campaign promise and underscores his protectionist stance on trade.

On Monday, Trump planned to sign the measure on TPP, according to media reports. 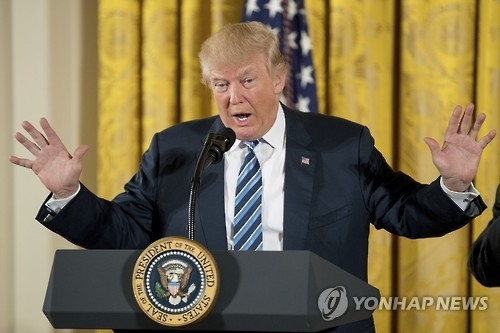