The amount of ABS issued in 2016 totaled 60.7 trillion won (US$52.2 billion), down 26.8 percent from a year earlier, according to the Financial Supervisory Service (FSS).

The decline came as the state-funded Korea Housing Finance Corp. (KHFC) scaled down its issuance of mortgage-backed securities (MBS) by 36.7 percent on-year to 35.3 trillion won.

In 2015, the KHFC released a mountain of MBS to support the government-led new mortgage loan program, called "Relief Loans," meant to promote fixed-rate borrowing and regular debt payments with no grace period. 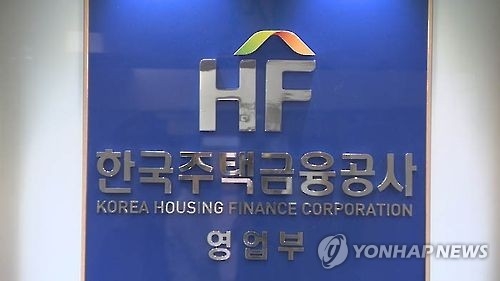 "A huge amount of MBS based on Relief Loans was issued temporarily in 2015," an FSS official said. "There was a base effect from that."

ABS issued by financial companies also shrank 19.4 percent on-year to 15.3 trillion won in 2016, while that of nonfinancial ones rose 23.1 percent to 10.1 trillion won.

Loans-backed ABS totaled 38.8 trillion won during the period, down 37 percent from 2015, but ABS backed by accounts receivable climbed 10.6 percent to 19.5 trillion won.