On average, recruits of 11 financial firms under the control of the government earned 39.85 million won a year as of 2015, according to data compiled by the Financial Supervisory Service, South Korea's financial watchdog.

The state-run Korea Development Bank took the top spot, with the average starting salary for a new recruit standing at 46.54 million won.

Meanwhile, the average salary of employees of some public financial firms is more or less similar to that of top private companies.

In comparison, employees of Samsung Electronics Co. and Hyundai Motor Co. earned 101 million won and 96 million won on average a year as of 2015, respectively.

In South Korea, jobs in the public sector have long been called an "iron rice bowl" because of the solid job security. 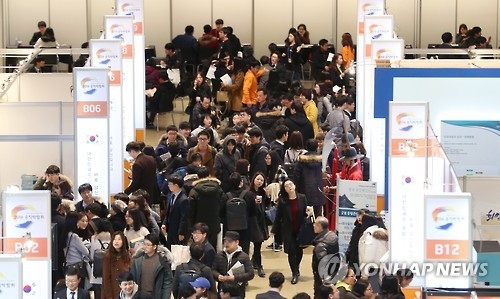