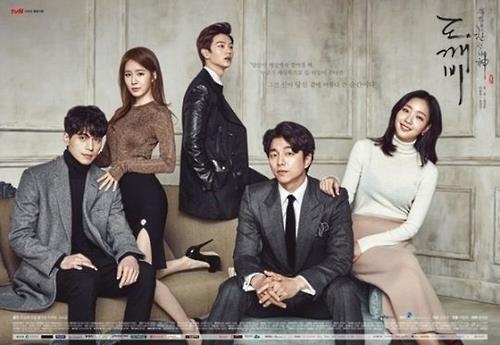 SEOUL, Jan. 24 (Yonhap) -- "Guardian: The Lonely and Great God," the hit tvN drama which ended last week, held on to its lead on a TV popularity chart to claim a three-week winning streak, data showed Tuesday.

"Guardian" is a modern take on the Korean goblin and grim reaper folk lore by Kim Eun-sook, who penned KBS 2TV's "Descendants of the Sun," coupled with a tragedy-romance plot that incorporates reincarnation, and moves back and forth in time.

Gong Yoo stars as Kim Shin, an unbeatable military general 900 years ago who turned into an immortal goblin after being executed by his young king on unfounded charges of treason. His opposite, Kim Go-eun, is the modern-day high school "goblin bride" Ji Eun-tak, who is able to break Kim free of his immortality curse. 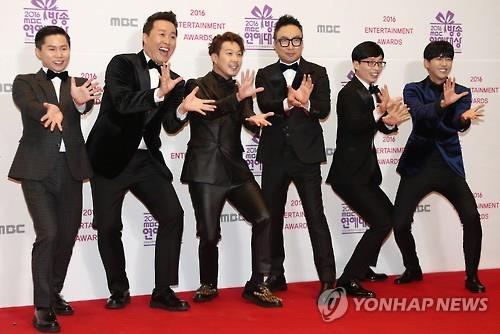 SBS TV's mermaid fantasy drama "Legend of the Blue Sea" fell to third with 226.4 points, while KBS TV's "Hwarang," an idol-studded period drama, dropped a step to fourth with 224.9 points.