SEOUL, Jan. 24 (Yonhap) -- South Korea is seeking to set up a contingency team to improve its consular service for South Koreans traveling overseas, the ambassador for consular affairs said Tuesday.

"(We) plan to establish an emergency situation room at the Ministry of Foreign Affairs in order to respond in a timely manner to overseas accidents, including terrorist attacks or earthquakes," Ambassador for Overseas Koreans and Consular Affairs Han Dong-man said in an interview with Yonhap News Agency.

The situation room can include personnel from outside the foreign ministry such as the police agency, he said.

"It is important to come up with a prompt response in the event of any emergency situation, especially during weekends and at night," Han said. The foreign ministry's 24-hour consular service call center will also remain in place, he said.

The new measure comes as more South Koreans are becoming targets of crime abroad with a growing number of travelers being involved in accidents.

An affluent South Korean businessman was recently found to have been kidnapped and murdered by a group of Filipinos in the Philippines, which included three current policemen and one former officer.

Two young South Korean women were raped by a cab driver in Taipei, Taiwan, earlier in this month after drinking a drugged beverage provided by the cabbie.

Drawing on the Philippine murder case, the ambassador said South Korea is taking the issue "very seriously" and called on Manila to take specific measures to prevent a repeat of such an incident. Seoul is also reviewing legal dimensions of the murder case and planning to provide legal assistance to the victim's family if they lodge a compensation suit with the Philippine government, Han noted.

Meanwhile, the ambassador urged caution for travelers wanting to go to the North Korea-China border region where an increasing number of South Koreans have been reported missing.

Over the last five years, a total of 88 missing persons reports have been registered in border areas.

In 2015 alone, 16 people were reported missing near the North Korean border, according to the foreign ministry. It said three missing persons cases reported in 2016 have not been solved.

"There has been a steady upturn in the number of missing South Koreans in North Korea-Chinese border regions. Travelers are advised to refrain from visiting the regions," Han stressed.

"Protection of South Koreans overseas is an important government duty and it is doing its best to strengthen its consular service," he said, also urging travelers to pay special attention to travel safety and make use of travel-related information provided by the foreign ministry. 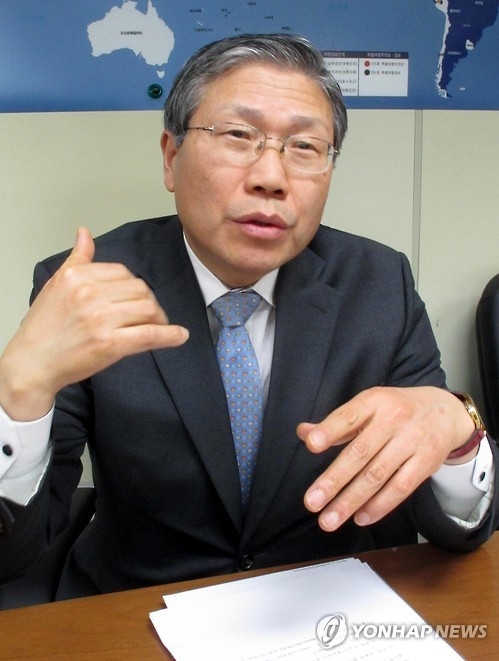