In 2017, the military is planning to deploy 10 new weapons systems to more effectively deal with threats posed by Pyongyang's nuclear and other unconventional weapons, the Ministry of National Defense said in a statement.

"As North Korea's improving nuclear and WMD capabilities have emerged as a serious security threat to the South, the military badly needs to secure advanced weapons systems to effectively respond to such dangers," said Namgung Wooyong, who is in charge of the Force Programming Division at the ministry.

The move is part of the military's broader efforts to strengthen its overall capabilities to detect any military attack by the communist North and strike the nerve center of any provocation. 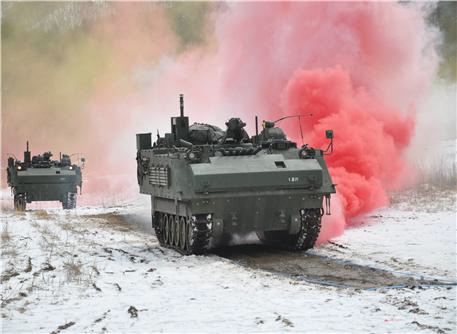 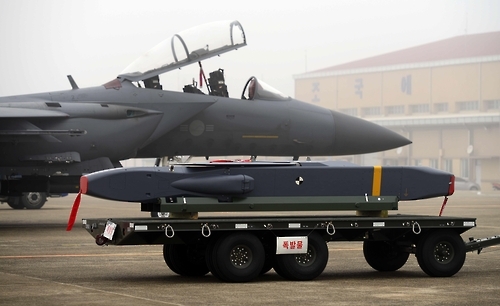 Last year, the military deployed upgraded air-to-ground and surface-to-surface missiles to deal with the North's missiles and multiple launch rocket systems (MLRS) threats. Such weapons allow the South to knock out long-range artillery pieces in the North, the statement said.

The Taurus missile, when mounted on an F-15K jet, has a range of 500 kilometers making it possible to hit Pyongyang while the plane is flying over Daejeon, 164 km south of Seoul.

Surface-to-surface guided missiles with a range of 150 km were placed on frigates. The country acquired the 230mm MLRS which is capable of striking the North's long-range artillery pieces and 300 mm multiple rocket launchers.

The upgrade programs are in line with the military's "three-pillar" system being implemented by the early 2020s to enhance the country's defense capabilities.

Under the three-pillar system, South Korea aims to detect the North's incoming missiles and launch counterattacks against the communist state's key facilities. The system includes a "kill chain" strike system, the Korean Air and Missile Defense (KAMD), and the Korea Massive Punishment & Retaliation (KMPR) plan. The entire plan is based on the use of locally developed weapons systems.

The kill chain and the KAMD are designed to detect and destroy incoming missiles in the shortest possible time. The KMPR directly targets the North's military leadership with the aim of neutralizing key figures and infrastructure if there are clear signs of the imminent use of nuclear weapons.