SEOUL, Jan. 24 (Yonhap) -- Eggs imported from Australia via another overseas supply chain will become available to food manufacturers later this week, a local company said Tuesday, as South Korea copes with an egg shortage due to an avian influenza epidemic.

Jeju Miin said it received an air shipment of 19,800 eggs from Australia on Friday and is processing them for approval by the Ministry of Food and Drug Safety. The imported eggs will likely be available locally after the coming Friday, the starting day of the Lunar New Year holiday when the demand for the cooking ingredient grows, the company said. Unlike eggs brought in from the United States that are being sold to customers through supermarket chains, the ones from Australia will be distributed to food companies.

The price of the Australian eggs is expected to be greater than those from the U.S., however.

According to the Korea Agro-Fisheries & Food Trade Corp., the local wholesale price of eggs in Australia is about 10 percent more than in the U.S. Company officials said the sale price for a set of 30 eggs in Korea will likely be at the higher end of 9,000 won (US$7.71).

The company said it plans to import approximately 38,000 eggs before the Lunar New Year holiday and bring in 277,000 more by ship after the holiday period. 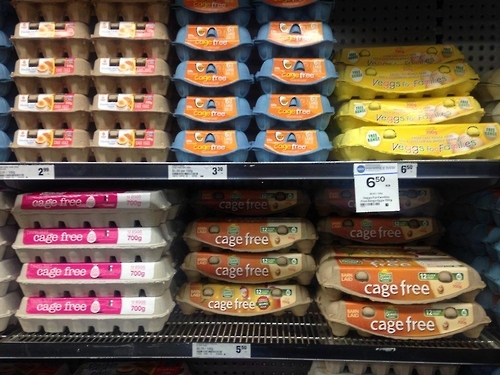 Australian eggs to be available for Lunar New Year holiday

Australian eggs to be available for Lunar New Year holiday