"Nosedive" marks the first release from "Mixxxture," a joint project between Dynamic Duo's hip-hop label Amoeba Culture and celebrity agency Loen Entertainment, which aims to provide fresh sounds through unique collaborations. The former company is in charge of the music production while the latter takes care of the content design.

The music, co-produced by the two rappers and producer-DJ Philtre, depicts the artists' hope to console those who have been enduring the hardships of life. 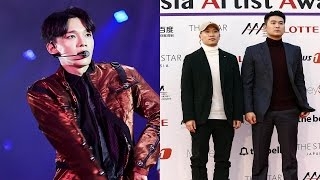