SEOUL, Jan. 24 (Yonhap) -- Luna, a member of South Korean girl group f(x), has embarked on a reality TV show on food, premiered Monday, continuing her hectic days single-handed while her band is on hiatus.

The new TV show "Mukit List," aired on the local cable TV network E-Channel, revealed a sneak preview online featuring snippets of its first episode before it was broadcast in its timeslot.

"Mukit List," a made-for-television "meokbang," a Korean term which refers to an online broadcast featuring its host binging on any type of food, follows Luna, Heo Young-ji from Kara, Cao Lu from Fiestar, Park Bo-ram, Giantpink and Jeong Jin-woon on a journey to fulfill their own bucket lists of coveted home cooking.

Meanwhile, Luna has recently released the new single "Honey Bee," a surprise collaboration with Hani of EXID and Solar from Mamamoo, creating a buzz among K-pop fiends.

2017 sees the 8th anniversary of Luna's debut as the lead singer of f(x). This seasoned songstress' vocal talent had been often overshadowed by the media's focus on other members such as Krystal and former member Sulli. As the hiatus of f(x) seemed apparent following Sulli's departure in 2015, Luna sought her own routes including the singing competition TV show "King of Mask Singer" on which the title "King of Singing" was bestowed upon her, offering another demonstration of her vocal prowess.

Once again, she proceeds to venture into a reality show under the slogan of "nothing beats home cooking," enjoying her heyday on her own. 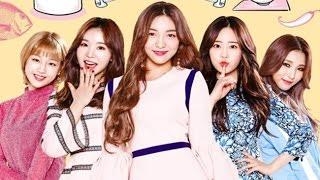