SEOUL, Jan. 24 (Yonhap) -- More and more North Koreans are standing up to high-handed officials at unofficial markets, called "jangmadang," which are widespread in the country, a U.S. broadcaster reported Tuesday.

"It's not that hard nowadays to see women stand up to despotic wardens and security agents while shaking their fingers at them at jangmadang," the Radio Free Asia (RFA) said, citing a source in Pyongyang who recently visited China. "In such cases, nearby observers also join in and push the officials, something that was very rare to see just a few years ago."

Now North Korean people are no longer giving in to officials unconditionally, the source said.

A Chinese businessman, who frequents the North's Rason Special Economic Zone, also said: "Traffic wardens usually blow whistles to stop motor bikers whenever they see them on the road in order to extort money from them. As of late, more than half of the motorbikers, however, do not follow the order and just drive away.

"It was rare to see people daring to neglect wardens' crackdowns not too long ago," he said.

People have even begun to challenge security agents, using the term "human rights violations," if they act unfairly and high-handedly, another source in the North's South Hamkyong Province was quoted as saying.

"North Korea used to be a society that did not even know about the very term 'human rights,'" the source added. 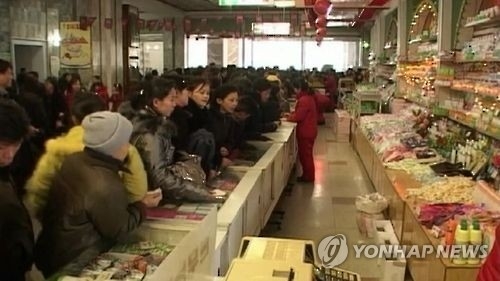