SEOUL, Jan. 24 (Yonhap) -- Fans of comic books and pop culture in South Korea will no longer have to go abroad to enjoy international comic conventions.

Read Exhibitions, the world's leading event organizer, said Tuesday that it will hold South Korea's first Comic Con event at the COEX exhibition center in southern Seoul from Aug. 4 through 6.

"Comic Con," short for Comic Convention, is a huge festival that presents the best of comics and other fields of pop culture, including movies, TV dramas, video games, cosplay, animation, toys and more. It began as a small exhibition of comics in San Diego in the 1970s but many big cities around the world now have their own Comic Cons. 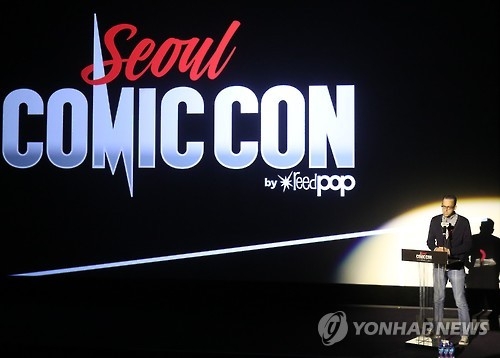 Comic Cons presented by ReedPOP, the pop culture division of Reed Exhibitions, have hosted a diverse list of famous actors from George Clooney to Chris Evans and Sigourney Weaver. Fans have also been treated to premieres of trailers for new Hollywood film franchises such as "Avengers" and "Resident Evil."

The upcoming Comic Con Seoul will also offer exciting programs including the Korea Championships of Cosplay, celebrity meet-and- greet events, and exhibitions of content from comics, games, movies and characters, according to the organizers.

Attendees will have an exclusive opportunity to hear behind-the-scenes production stories from Hollywood stars and Japanese voice actors during the meet-and-greet sessions. 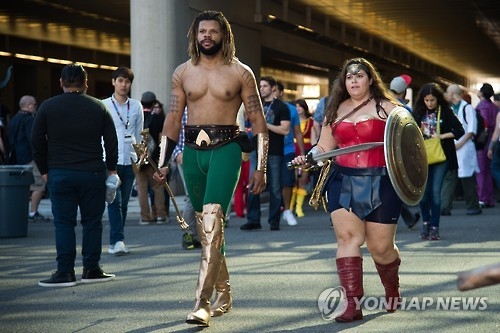 "Through Comic Con Seoul we hope to see a huge leap of popular culture in Korea," he added.

Kim Heechul, a Super Junior member who has publicly expressed his interests in video games and animation, was chosen as Comic Con Seoul's PR ambassador.

S. Korea to host its first Comic Con in August

S. Korea to host its first Comic Con in August