Yoo Young-kuk's description of nature where he was born and grew up embodies the very essence of abstractionism. It is simple, obscure in shapes. Yet, the mix of colors in different shades and depth, together with the emphasis on "matiere," or the texture of oil paintings, makes nature spring back to life more realistically than any realistic painting could possibly achieve. 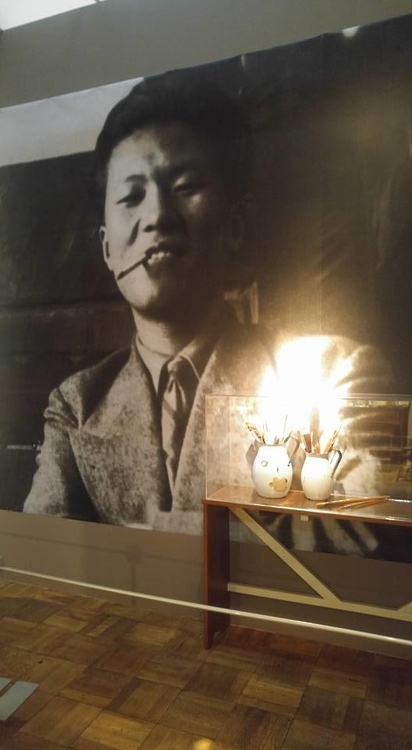 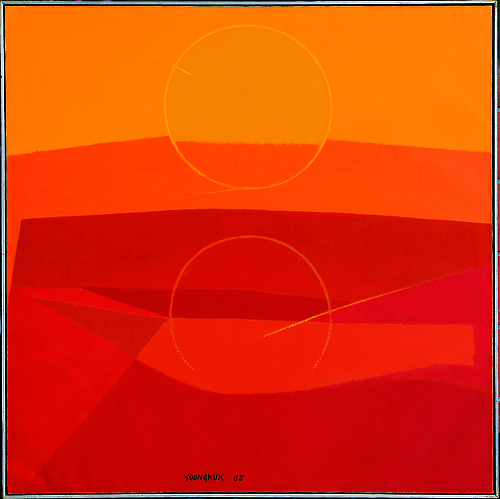 Yoo (1916-2002) is one of three of Korea's coveted modern masters, along with Byeon Wol-ryong (1916-1990) and Lee Jung-seob (1916-1956), chosen by the National Museum of Modern and Contemporary Art of Korea. Since last April, the museum has run a major retrospective of each artist to commemorate their centennial birth and throw light on their influence on the art scenes of the 20th century and beyond.

It is the first major retrospective of the late artist who, while having been highly regarded among fellow artists, led a low-profile and rather solitary life as an artist.

"As Yoo Young-kuk almost locked himself in his studio and only painted since the early 1970s, the Korean art scene and the public slowly forgot him," the museum's curator Kang Seung-wan told the media on Nov. 3, a day before the official opening of the exhibit.

"We believe his achievement should be rightfully established, so we opened the exhibition." 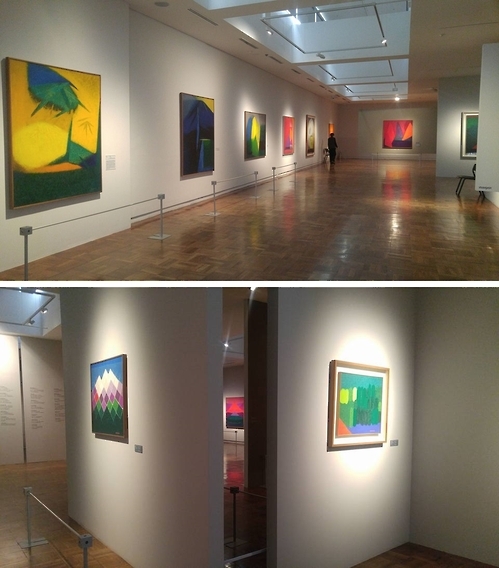 In the two-story exhibition hall of the Deoksu Palace branch of the MMCA, 100 paintings and 50 archive items are on display that span the 60 years of his art life from 1937 to 1999. Most of the paintings have been rarely seen in public because they are in the possession of private collectors, the museum said.

Also on display are his desk and painting materials, including an easel, oil colors and brushes, which have been left as they were at his Seoul residence since Yoo died in November 2002.

Born in Uljin, a remote town in North Gyeongsang Province, he went to Tokyo to learn art in 1935 where he started his career as an artist until 1943 at the height of the Pacific War. After he came back to Korea, he survived the following tumultuous years, culminating with the 1950-1953 Korean War, by catching fish and running a brewery to make ends meet. 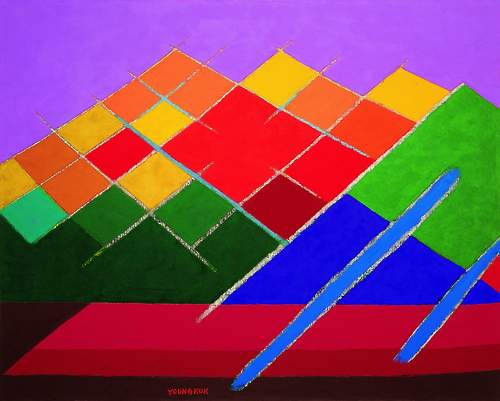 Beginning in the late '50s, he started painting again in Seoul. For a while, he actively participated in avant-garde art movements and led various art groups. In 1964, he decided to focus on creating his own art, keep himself away from social activities and open his first solo exhibition.

According to the museum, Yoo believed there were endless subjects to paint in the mountains that he thought existed "inside me" not "in front of me."

"You can find anything in a mountain: the triangle of the peak, the curve of the ridge, perspective and various colors!" he once said. 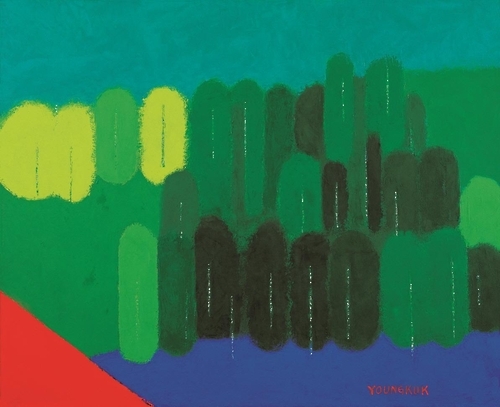 For the first time, the MMCA joined hands with Google to create the virtual museum of Yoo, where high-resolution cameras capture the details as fine as brush strokes, textures and cracks in oil paintings. The online museum showing Yoo's 20 paintings is available on the Google Art & Culture website and app.

In a tribute letter to Yoo, sculptor Choi Jong-tae wrote: "Time is such a strange thing. No era passes without the presence of someone who must be there. History never misses those people who are needed to perform certain tasks. At your mortuary, I see the portrait of the person. Then I realize, 'Ah, it is the end of that era.'"

The exhibition runs through March 1. 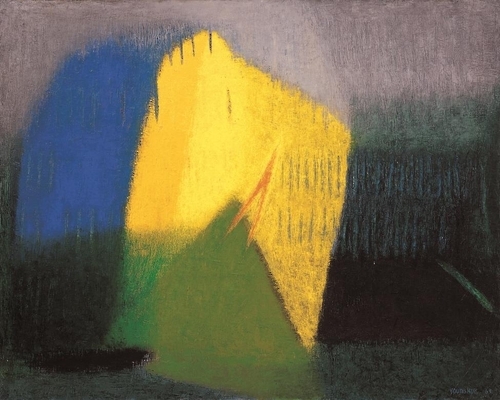