SEOUL, Jan. 24 (Yonhap) -- Special prosecutors said Tuesday they have completed a legal review of carrying out a search on the presidential office as they accelerate their investigation into the alleged corruption scandal centered on President Park Geun-hye.

The prosecutors led by Special Counsel Park Young-soo raised the need to raid Cheong Wa Dae to secure evidence for their ongoing probe. They also plan to question the president, who was impeached by parliament on Dec. 9, in person early next month.

"We've completed a legal review and are currently looking into the means and other details," assistant special counsel Lee Kyu-chul said during a regular press briefing. 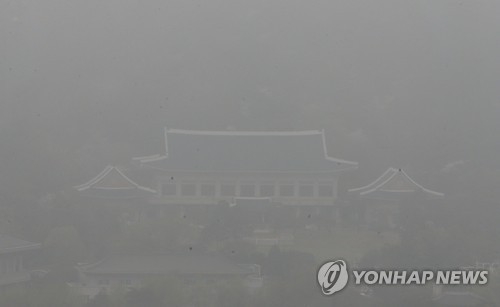 Given the current stage of the investigation, the search will likely take place after the Lunar New Year holidays, which end next Monday, a source within the team said on the condition of anonymity.

In carrying out the raid, the "external environment," including the political situation, will also come into play, another source said.

The presidential office has never been raided by investigators because under existing law, military facilities and areas that handle sensitive state affairs cannot be searched.

Park is accused of colluding with her friend Choi Soon-sil to extort money from conglomerates, including alleged bribes from Samsung Group. Other charges include letting Choi meddle in state affairs and neglecting her duty during a deadly ferry sinking in 2014.

Park has consistently rejected charges leveled against her. The president made clear that she is not involved in or had knowledge of wrongdoings related to Choi and vowed to prove her innocence in court. The presidential office has even hinted that prosecutors looking into the charges are biased and are not conducting their investigation in a fair manner.

With the prosecutors working under a 70-day deadline that expires at the end of next month, Lee said they will decide whether to seek an extension closer to the date after considering progress made in the investigation, including the questioning of Park.
(END)