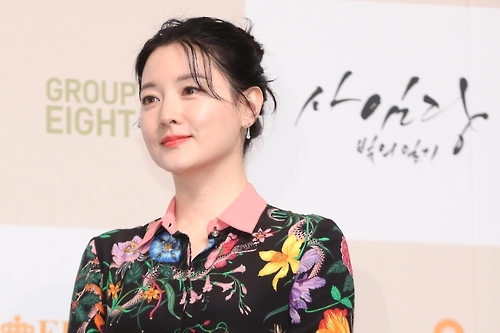 SEOUL, Jan. 24 (Yonhap) -- To many women, being a working mother is a herculean task in itself. But juggling work and family nowadays may be peanuts compared to that of Shin Saimdang, a Joseon-era writer, artist and Korea's maternity icon imprinted on the 50,000-won banknote today.

Saimdang, whose life and art has been overshadowed by her maternal legacy, is the subject of the upcoming SBS TV show "Saimdang, Memoir of Colors," starring Lee Young-ae, who returns to television for the first time in 14 years.

"I first thought a Saimdang drama would be bit boring but later thought the figure 500 years ago probably didn't want her impression to remain as it is," Lee told reporters at a media event held at the Lotte Hotel in central Seoul Tuesday.

"I had fun breathing in new life (into Saimdang) just like having had infused new life in 'Daejanggeum' who merely had a single line in historical documents," said Lee.

The show centers on Saimdang (1504-1551), whose legacy is associated with raising the Korean Confucian scholar Yulgok of the Joseon Dynasty (1392-1910). Her proficiency in painting and poetry has largely been overlooked by the image of poised, maternal dedication and sacrifice.

Like many TV shows nowadays, the show incorporates a fantasy time slip element and moves along a nonlinear narrative in which Lee plays both Saimdang and art history instructor Seo Ji-yoon, also a working mom, in the modern era.

It is in equal parts contemporary and periodic. And while it's based on the actual Saimdang, screenwriter Park Eun-ryung said the drama took many liberties in creating its largely fictional tale of Saimdang.

The show begins with Ji-yoon, who is eager to become a university professor, traveling to Italy and unearthing what is believed to be Saimdang's never-before-discovered diary.

Through further research, Ji-yoon discovers that there is more to Saimdang than what people have come to know. And as the study deepens, Ji-yoon slowly learns she and Saimdang are mysteriously connected through space and time.

Apparently reflecting the changing times, the show will have a liberal, feminist edge to it, portraying Saimdang in a more three-dimensional light.

"I thought of perhaps showing a fiery, passionate, energetic and dynamic Saimdang as opposed to the mere modest and careful image," said Lee, explaining that she wanted to show the artistic side of Saimdang.

Korean drama fans throughout Asia had been looking forward to the series particularly because it features Lee from "Daejanggeum," which enjoyed pan-Asia popularity. The show, which wrapped up production in the first half of 2016, was initially set to air last fall with simultaneous broadcast on China's Hunan TV.

But the show was pushed back to January 2017 amid rumors of China's tacit ban on Korean TV shows, an apparent protest towards Seoul's decision to install a U.S. Terminal High Altitude Area Defense, or THAAD battery, on the Korean Peninsula. SBS TV is hoping China approves the show but chances look slim for now. 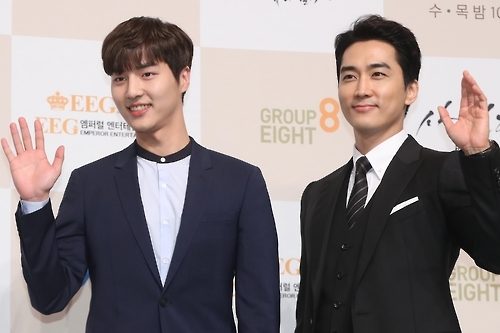 Other stars include Song Seung-heon, who portrays Saimdang's Joseon Dynasty admirer Lee Gyeom and Oh Yoon-ah as "Mrs. Choi," an artistic, romantic rival of Saimdang. Yang Se-jong plays an up-and-coming humanities expert who works together with Ji-yoon to study the Saimdang diary.

"Even before receiving the script, I never imagined I would have the opportunity to work with Lee Young-ae," said Song, adding that his choice to join the project was a no-brainer given Lee's participation in it.

During her career hiatus, Lee got married and became a mother of twins. And while "Daejanggeum" has brought Asiawide stardom to her, it also remains a nagging shadow which she must overcome.

"Saimdang, Memoir of Colors" is set to premiere on Thursday.