The Korea Baseball Organization (KBO) club said Feierabend, 31, will return on a one-year deal worth US$680,000.

The left-hander made his KBO debut with the Nexen Heroes in 2015 and joined the Wiz midway through the last season.

The Wiz have now completed their foreign player signings. The KBO teams can each sign up to three imports, and at least one must be a position player. The Wiz have earlier acquired pitcher Donn Roach and catcher Johnny Monell.

When they signed Roach, the Wiz said he would be their No. 2 starter, and they were hoping to acquire a top-of-the-rotation type pitcher. With the clock ticking down to the start of training camp early next month, however, the Wiz decided to have another go with Feierabend.

The Wiz said Feierabend has been working out on his own in the United States and will join the team's spring training in Arizona in February. 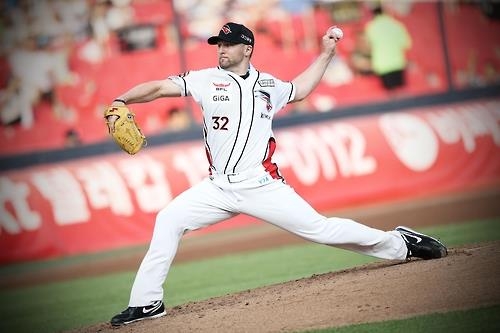