The veteran midfielder has come a full circle after leaving Seoul in 2014 for stints in China and Japan. Best known for his passing skills -- which earned him the moniker Havi after ex-FC Barcelona star Xavi Hernandez -- Ha will be counted on to be the field general for the 2016 K League Classic champions.

For now though, Hwang is taking a wait-and-see approach. 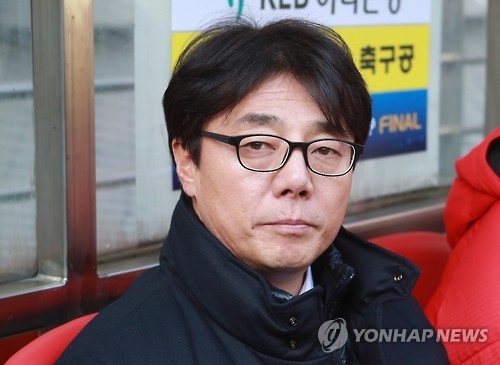 "Ha Dae-sung will need plenty of time to get back into shape because he's been away from the field for so long," Hwang said Wednesday. "We'll have to see what kind of impact his return will have on our team."

Ha spent the past season with Nagoya Grampus in the top Japanese competition, J1 League. They didn't qualify for the playoffs, and their season ended in early November.

Hwang said he expects Ha will only come around just before or even after the start of the season on March 4, though once that happens, he will be a key part of the team's offense. 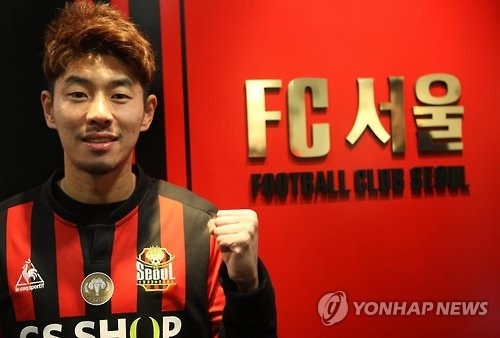 Ha's signing came three days after the team lost Carlos Adriano, their leading scorer from 2016, to a Chinese club. Ha may never be the scorer that Adriano was, but he can still make FC Seoul better in other areas.

"I think his creative passing skills will be of great help," Hwang said. "We have other defensive midfielders, with Ju Se-jong and Osmar Barba, and Ha will be able to play a more offensive role."

As for the rest of his offense, Hwang said he hasn't decided on the new formation after Adriano's departure.

He had formed the K League's most lethal offensive unit alongside Dejan Damjanovic and Park Chu-young. Hwang said either Damjanovic, a former K League scoring champion and MVP, will be the featured striker, or he and Park, a one-time Arsenal man, will lead the two-pronged attack.

Following their Guam training camp, FC Seoul have been working out in Korea. They will leave for Hong Kong on Thursday for a minor tournament and spend 10 days in Kagoshima, Japan, for more training starting Feb. 1.