The Seoul Central District Court turned down the request sought against Choi Kyung-hee, saying it is hard to recognize the need for her detention over charges that she directed or collaborated with other professors in helping Chung Yoo-ra gain admission to the school despite her alleged ineligibility.

Choi, who led Ewha Womans University from 2014 to 2016, denied all allegations raised against her.

An independent counsel probe has been under way to determine the truth behind suspicions that Chung's mother, Choi Soon-sil, abused her ties to the president to peddle influence and win favors. The scandal led to the president's impeachment last month.

With the decision by the court, the investigation team led by Special Counsel Park Young-soo is now expected to wrap up the first stage of its probe into the alleged irregularities at Ewha. The team has already placed other Ewha officials, including Kim Kyung-sook, former dean of its College of Science and Industry Convergence, and professor Lyou Chul-gyun, under arrest. Professors face further questioning over their alleged special treatment of Chung. 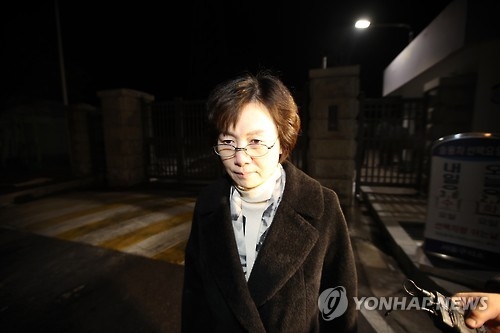