During his visit to an island naval unit near the tense western sea border, Chief of Naval Operations Adm. Um Hyun-seong urged troops to stay alert to deter any provocations by the North on the eve of the four-day holidays.

There is no imminent sign of a possible provocation by North Korea, according to the defense ministry.

But the North repeatedly threatened this year to test-launch a long-range missile "at any time, at any place" determined by its leader Kim Jong-un.

Kim said in his New Year Day's address that the country has entered the final stage of preparations to test-fire an ICBM, indicating it is close to developing a nuclear-tipped missile capable of reaching the U.S. mainland. 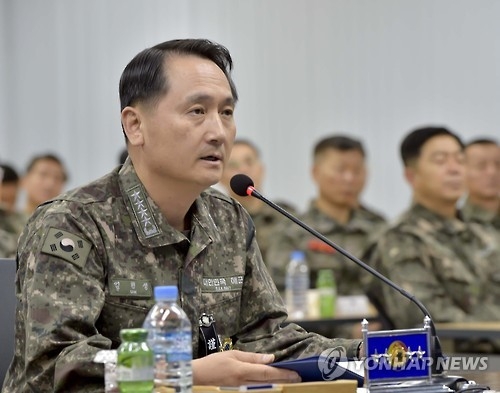