WASHINGTON, Jan. 31 (Yonhap) -- North Korea is expected to provide U.S. President Donald Trump with an early test of relations with China, a U.S. House lawmaker was quoted as saying Tuesday.

"The next step is going to be forced on the president because the next step will be a provocative act by North Korea that will force the president to confront China on its North Korea policy," said Rep. Adam Schiff (D-CA), the top Democrat on the House Intelligence Committee, at a breakfast hosted by the Wall Street Journal.

"I think that will happen before we have any intensive trade discussions," he said, according to the paper.

Schiff also expressed concern that the North could perfect the capability to miniaturize a nuclear warhead and mount it on an intercontinental ballistic missile in the next few years while Trump is in office.

"The key here is China, and where we do see China cracking down?" he was quoted as saying. "We see it has a big impact on North Korea and periodically they are willing to crack down."

China would be willing to put more pressure on the North if the "costs of inaction on their part are too high," the lawmaker said, according to the report. 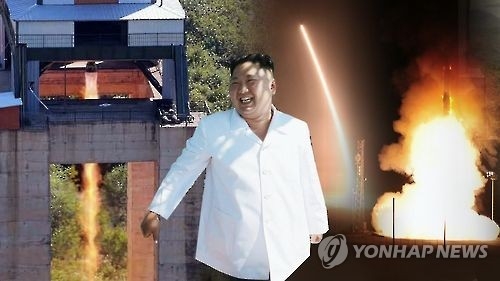 In response, U.S. President Donald Trump vowed to stop the North from mastering such ICBM capabilities, saying that the North's development of a nuclear missile capable of striking the U.S. "won't happen," though he didn't elaborate on how he would stop it.

Trump has repeatedly accused Beijing of gaining massive profits through unfair trade and currency practices in what he calls "totally one-sided trade" with the U.S. while refusing to help rein in its communist neighbor.

He has even raised questions why the U.S. should stick to the "one-China" policy of diplomatically recognizing only Beijing, not Taiwan, and spoke by phone with Taiwanese President Tsai Ing-wen, the first time in decades that a U.S. president or president-elect has done so, in a breach of long diplomatic tradition.