SEOUL, Feb. 1 (Yonhap) -- South Korean telecom giant KT Corp. said Wednesday that its operating profit jumped 11.4 percent on-year in 2016, thanks to reduced costs and a solid rise in revenue from both wireless and fixed-line Internet services.

KT reported an operating profit of 1.44 trillion won, compared to 1.2 trillion won posted a year earlier, the company said in a regulatory filing.

Last year marked the biggest operating performance since 2011 when the company posted 1.73 trillion won and the second year in a row that the company logged an annual operating profit hovering above the 1 trillion-won mark.

Noticeably, its fixed-line business posted sales of 6.65 trillion won, up 2.1 percent from a year earlier, on the back of a rise in the number of long-term evolution (LTE) network users. The company's media and contents business posted sales of 1.92 trillion won, soaring 15.8 percent on-year due to its efforts to release more HD content. Sales from financial businesses inched up 0.5 percent on-year over the cited period to 3.42 trillion won on the back of strong performances from its card unit BC Card Co.

For the fourth quarter, sales came to 6.21 trillion won, up 1 percent from a year earlier, while operating profit fell 15.3 percent to 226.3 billion won.

KT, meanwhile, expected its operating performance for 2017 to once again reach the 1 trillion-won mark.

"The company will make efforts to achieve the higher goal by trying new future-oriented businesses with a different point of a view," said KT CFO Shin Gwang-seok said. 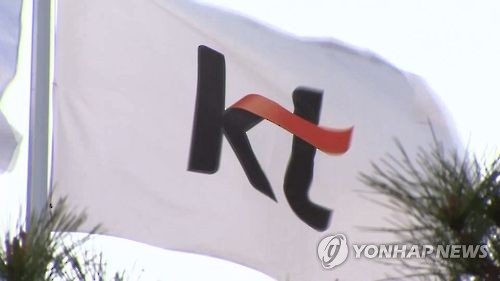