"It is realistically impossible to revise the Constitution before the presidential election," Rep. Yoo Seong-min of the minor conservative party said.

Ban on Tuesday suggested political parties form a consultative body to overhaul the basic law before the next presidential election, which may come earlier than December if the impeachment of President Park Geun-hye is confirmed.

Yoo, meanwhile, said the presidential hopefuls from the conservative bloc should instead unite to come up with a single candidate who can compete with the main opposition Democratic Party.

Talk of the revision of the Constitution to limit presidential powers has resurfaced since the outbreak of the corruption scandal surrounding Park.

Ban said that there is enough time to change the Constitution before the election, claiming it is only a matter of willingness. Moon Jae-in, former head of the Democratic Party, has opposed the pre-election amendment. 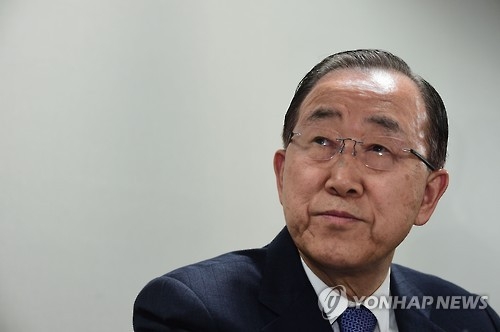