According to the data by the Financial Supervisory Service, South Korean credit card holders' won-based payments of their foreign bills came to 1.4 trillion won (US$1.21 billion) in the first quarters of 2016, or 14.7 percent of their combined bills worth 9.6 trillion won.

The number of settlements using the Korean currency stood at 848,000, or 8.7 percent of the 97.2 million transactions tallied in the January-September period.

Industry watchers said South Korean credit card users have to cough up five to 10 percent more in transaction and exchange fees when they pay for foreign purchases in the Korean unit.

Given that, South Korean cardholders are estimated to have paid up to 14.2 billion won in additional fees by using the Korean currency in settlements in the nine-month period.

In order to save on unnecessary fees, experts advise cardholders to pay in local currencies, not the Korean won, when they travel abroad. 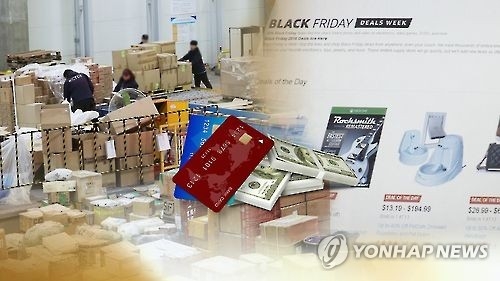 Some 15 pct of overseas card bills paid in Korean won

Some 15 pct of overseas card bills paid in Korean won