SEOUL, Feb. 1 (Yonhap) -- Investigators on Wednesday executed the arrest warrant issued against a close friend of President Park Geun-hye, who is at the center of an influence-peddling scandal, to carry out an interrogation, the probe team said.

The investigation team went to the detention center near Seoul to compel Choi Soon-sil to appear at its office to undergo questioning on bribery charges.

Choi, already standing trial over a string of corruption allegations, is suspected of peddling influence in the appointment of the country's incumbent ambassador to Myanmar for personal financial gain in the Southeast Asian country.

It is the second time the probe team has executed the warrant after she repeatedly declined to answer its summons, citing a "repressive investigation" since the initial questioning in late December.

Last week, Choi shouted out to reporters that the investigation team has been "undemocratic" as she was escorted by correctional officers to the team's office in southern Seoul.

The probe team said Choi has been exercising her right to remain silent. The writ is valid for 48 hours from execution. 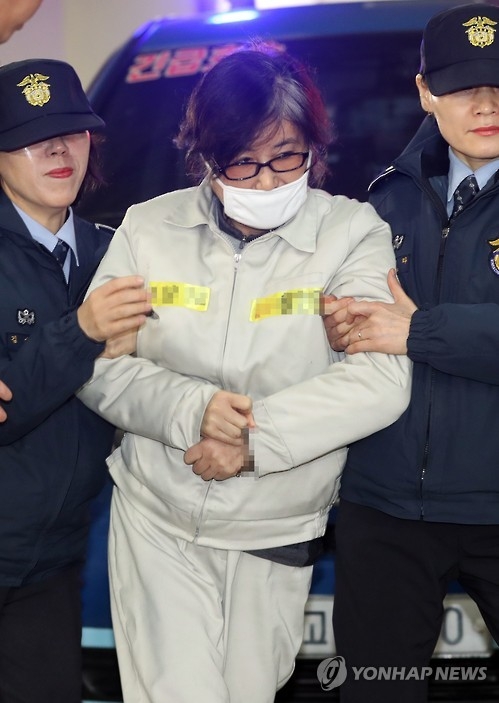 Investigators execute warrant to question woman at center of scandal

Investigators execute warrant to question woman at center of scandal