"The phenomenon of stagnant sales that started at major foodstuff plants across the country has spread to light industry plants manufacturing clothes," a source in northern Jagang Province told Radio Free Asia (RFA). The source added that light industry plants with little demand for their products have been compelled to fold.

Rubber gloves for washing clothes and fishing manufactured by a tire plant in the city of Manpo in the province have been priced at 5 yuan and 12 yuan, respectively. It is almost similar prices to China but the quality lags far behind, the source was quoted as saying.

According to another source in Yanggang Province, the North's reliance on Chinese-made materials gives manufacturers less leeway to roll out price competitive measures and their products are no match against Chinese products in terms of quality.

A foodstuff company in Hyesan, a city in Yanggang Province, puts no indication of food expiration date on its products as part of efforts to tackle slow sales, the source also said.

During his New Year's speech in 2015, Kim Jong-un ordered companies and plants to carry out campaigns to make materials, parts and facilities domestically so that the country can rid itself of a preference for imports, which could lead to national ruin. 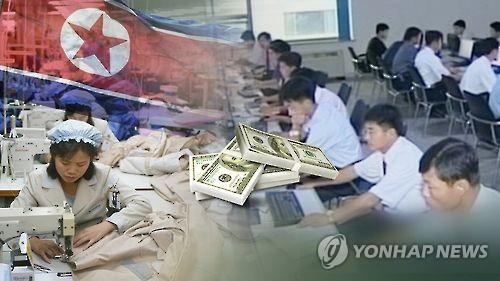