A total of 1,373 counterfeit bills were found last year, compared to 3,293 in the previous year, according to the Bank of Korea (BOK).

The central bank said the number of counterfeit South Korean bills found in every 1 million banknotes in circulation dropped to 0.3 in 2016. 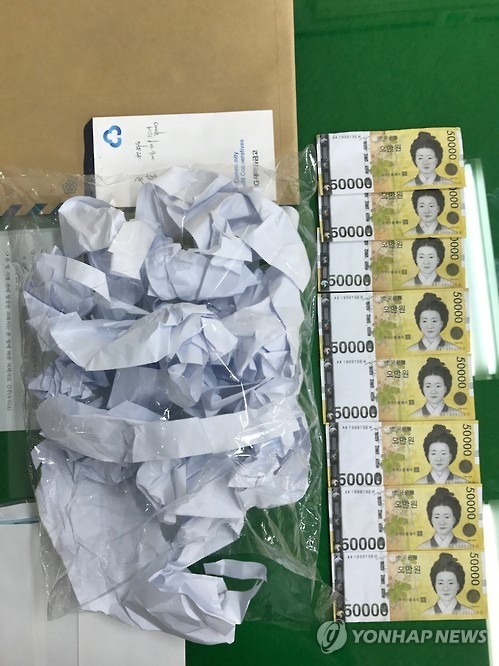