SEOUL, Feb. 1 (Yonhap) -- The number of users of Japan-based messenger LINE, operated by South Korea's top portal provider Naver Corp., decreased during the fourth quarter of last year for the first time since its launch in 2011, the company said Wednesday.

The number of monthly active users, or MAU, of Japan's most popular instant messaging service -- which went public in the world's biggest tech IPO of 2016 -- came to 217 million during the October-December period.

The company has seen growth in the number of its MAU slow down since 2015, with an MAU hovering above 218 million during previous quarters of 2016, the company said.

Noticeably, the number of MAU in Japan, Thailand, Taiwan and Indonesia accounted for 77 percent of the total number during the fourth quarter of 2016, officials said.

The number of MAU in Thailand, Taiwan and Indonesia surpassed the 100-million mark for the first time during the October-December period, it said.

Earlier, Line announced that its sales for the fourth quarter of last year came to 3.74 billion yen (US$330 million) with an operating profit of 1.6 billion yen, far below market forecasts.

The company generates most of its income from advertisements and emoticons called stickers. As many as 2.4 billion stickers are sent and received in a single day. 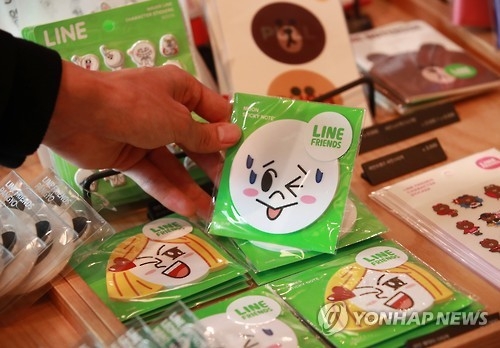