SEOUL, Feb. 1 (Yonhap) -- Two test events for the PyeongChang Winter Olympics will kick off this week with more than 150 athletes on hand, officials here said Wednesday.

The organizers of the 2018 Winter Olympics said the International Ski Federation (FIS) Cross-Country World Cup will take place at Alpensia Cross-Country Skiing Centre in PyeongChang, Gangwon Province, some 180km east of Seoul, from Friday to Sunday. The FIS Nordic Combined World Cup is set for Saturday to Sunday at the same venue.

The two FIS World Cups will make their first appearances in South Korea. They are also the first two PyeongChang Olympic test events scheduled for 2017. The organizers said there will be 14 test events this year. 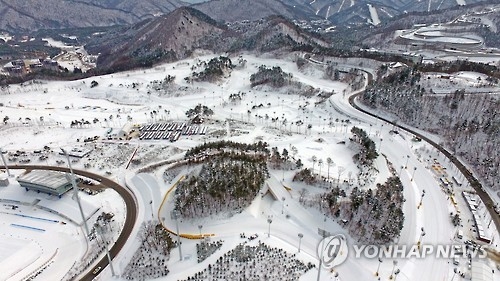 The FIS Cross-Country World Cup will feature 248 athletes and officials from 18 countries, according to the organizers. A total of six events will take place: sprints, skiathlons and team sprints for men and women, respectively.

At the Winter Olympic Games, 12 gold medals are up for grabs in cross-country skiing, the most among all disciplines.

South Korea will send 11 skiers to the cross-country World Cup. The men's side will be led by Kim Magnus, who won two gold medals at the 2016 Winter Youth Olympics in Lillehammer.

The 18-year-old, born to a Norwegian father and a Korean mother and competing under the South Korean flag, said he expects good results at the test event before heading to Japan for the Asian Winter Games later this month.

The organizers, however, said some of the world's top class skiers will not be competing at the World Cup since they've decided to focus on the FIS Nordic World Ski Championships in Lahti, Finland, from Feb. 22 to March 5.

Among the skiers in the distance category, Martin Loewstroem Nyenget is the highest-ranked athlete at No. 30 in FIS points, followed by his Norwegian compatriot Daniel Stock at No.40. In sprint, Alexander Panzhinskiy of Russia, ranked at No. 7 this season, will visit PyeongChang along with No. 14 Simeon Hamilton of the United States.

On the women's side, Sophie Caldwell of the U.S. is ranked No. 9 this season in sprint, while Justyna Kowalczyk of Poland, who is ranked 18th in distance, will also compete in PyeongChang.

South Korea will be headed by veteran cross-country skier Lee Chae-won. The 35-year-old last month won the Far East Cup in PyeongChang and claimed a FIS Race competition in Finland last year, although both events are low-tier compared to the World Cup. 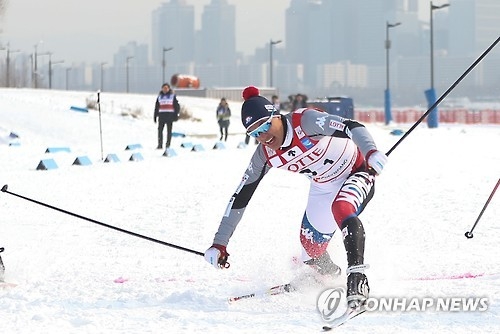 The Nordic combined is a sport that brings together cross-country skiing and ski jumping. At the Winter Games, only men will compete in this sport.

Although the World Cup in PyeongChang is officially scheduled for this weekend, the organizers said there will be a "provisional competition round" for ski jumping on Friday. The team events will be played on Saturday before individual heats and finals take place a day later.

The organizers said only 32 athletes from nine countries will be competing this weekend, but some of the world's best will be in that small group.

The top four in the World Cup rankings this season -- Germany's Eric Frenzel, Johannes Rydzek and Fabin Riessle, and Akito Watabe of Japan -- will be performing this weekend.

Park Je-un, 23, will be the only South Korean skier for this World Cup.

Two test events for PyeongChang 2018 to kick off this week

Two test events for PyeongChang 2018 to kick off this week