The clip featuring the funky pop song "Rookie" was uploaded by the artists' agency S.M. Entertainment via YouTube on the same day of the EP release.

The six-track album "Rookie," titled after its lead track, is composed of songs of various genres including R&B-infused song "Little Little," which is a message to a crush, and "Happily Ever After" which tells a twisted story of fairytale princesses. Medium-tempo "Talk To Me" tells of the heart-throbbing emotions when falling in love, while "Body Talk" sings of a lover who senses an imminent break up. "Last Love," another R&B-pop song, is a remake of the 1998 song sung by legendary trio Eco. Title track "Rookie" is a cute bubbly song that compares a lover to a rookie.

The five-member act is slated to promote the album on various TV shows, starting with KBS music program "Music Bank" this Friday. 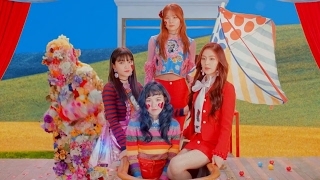