SEOUL, Feb. 1 (Yonhap) -- GM Korea Co. said Wednesday it sold 46,842 cars in the month of January, 4.8 percent less than a year ago although its local sales increased by some 25 percent.

The Minicar Spark, the mid-sedan Malibu and the crossover SUV Trax led the overall sales, according to the South Korean unit of U.S. automaker General Motors Co. The company sold 3,564 units of the Malibu, up 581.5 percent from January last year, while the Trax sales were also up 162 percent to 1,436 units.

The company said it will steadily launch new competitive models, starting with the new Cruze last month, and go on aggressive marketing to set a new mark in the local market. 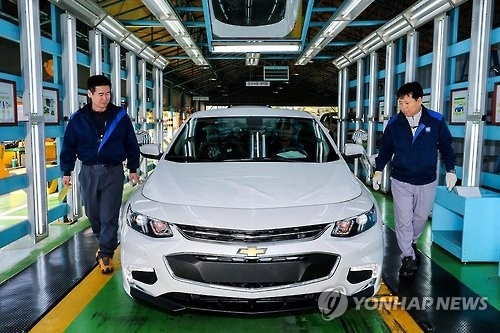