SEOUL, Feb. 2 (Yonhap) -- South Korea's major K-pop agencies have tapped into new areas like fashion, cosmetics and food in recent years to generate more money and make full use of K-pop idols in high demand at home and abroad.

Now the companies are broadening their reach even further into the television industry, casting their stars in their own variety shows and drama series.

Leading the industry trend is YG Entertainment that manages globally renowned K-pop stars, such as Psy and BIGBANG. YG announced on Wednesday that it has scouted five producers from TV channels MBC, Mnet and tvN to create new variety shows.

The three producers who left MBC to work for YG are Jo Seo-yoon of the late-night talk show "Radio Star," Jae Young-jae of the long-running popular variety show "Infinite Challenge" and Kim Min-jong of the military reality show "Real Men." The others are Kim Jun-su of Mnet's musical reality show "God of Music" and Yoo Seong-mo of tvN's comedy show "SNL." 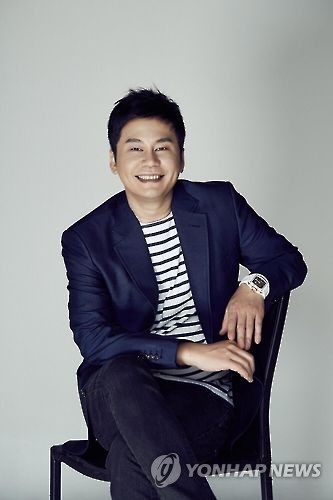 The announcement came weeks after Yang Hyun-suk, YG's CEO and chief producer, unveiled a plan to advance into the broadcast content-making business beyond the management of singers and actors by hiring about 10 veteran producers for this purpose. He outlined his new goal during an interview with Yonhap News Agency.

The company did invest in the production of "Flower Crew," part of SBS TV's long-running Sunday variety show lineup but has never produced its own content for television.

"We can make good broadcasting content if we have fresh and intriguing ideas. Television viewers choose dramas based on who wrote it and don't really care which TV channels show it. People follow interesting content. Moreover, there will be a synergy effect between YG artists and TV programs," he said when asked why he is jumping into the new business during the Jan. 17 interview.

While television should be the main platform for its new variety shows and dramas, YG will also target mobile and online platforms as well, Yang said.

"As some TV networks are struggling with deficits due to heated competition, production companies that supply the programs are getting more and more strained financially. So, we should make a system that will make it possible for our content to be simultaneously shown on multiple channels, without resorting to television. We'll use various media so overseas viewers can also see them," he said.

S.M. Entertainment, one of the three big talent agencies in South Korea, along with YG and JYP Entertainment, has been a few years ahead of YG in producing broadcasting content. It established its broadcast content unit SM C&C in 2012 and has since produced many entertainment shows and dramas like KBS 2TV's "Cool Kiz on the Block," "The Human Condition" and "Neighborhood Lawyer Jo Deul-ho," as well as MBC's "Missing 9." 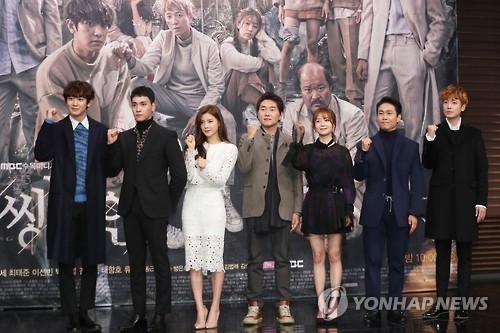 Also produced by JYP Pictures was "The Package," directed by Jeon Chang-geun, who recently left the country's largest public broadcaster KBS to join cable channel JTBC. The drama series is set to air on JTBC in the first half of this year. 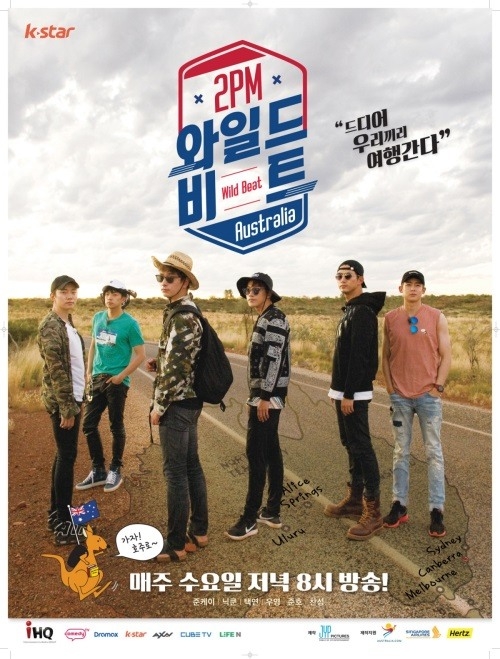 The FNC affiliate has since produced several popular variety shows, such as "Scene Stealer-Drama War," which was broadcast from Dec. 5 to Jan. 30 on SBS, and "Trick & True" currently being shown on KBS 2TV.

The company said it plans to produce three drama series and seven entertainment programs this year. 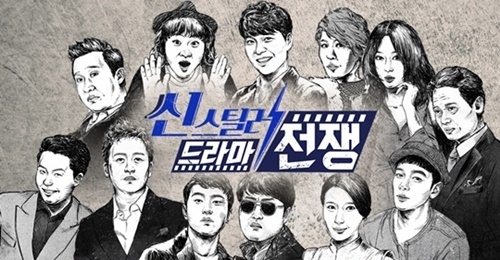 Mystic Entertainment led by singer Yoon Jong-shin recently scouted Yeo Wun-hyeok, a producer from JTBC. Yeo made MBC variety shows, such as "Nekkimpyo" (Exclamation Mark) and "The Knee-Drop Guru." In 2011, he directed "Knowing Bros" soon after signing with JTBC.

"FNC challenged itself to advance to the new area following the trend of the entertainment industry where barriers between all different genres are blurring," An Seok-jun, CEO of the FNC Ad Culture, said during a recent media interview.

"Entertainment agencies can have great synergy by producing their own broadcasting content. That's because they can raise public awareness of their content by including the stars they represent among the cast and boost the value of the stars through the content," he added.

Experts forecast that the massive transfer of talented TV producers to large K-pop agencies could bring a major change in the landscape of the entertainment industry as a whole.

Up until the 2000s, the power of terrestrial broadcasters, such as KBS, MBC and SBS, had been so strong that the exodus of veteran TV producers to work for K-pop agencies was unimaginable.

Jeong Deok-hyun, another cultural critic, agreed, saying, "The changing media environment has brought an era where the power of content owners is ever strong."

He forecast that large talent agencies will keep bolstering their content-making capabilities as they want more influence over major TV networks and to make more money based on the popularity of their own stars.