To be fair, it was Paik who influenced Park to adopt video as an art medium. Park was said to be in total shock when he accidentally watched Paik's "Global Groove" in 1973, which Paik explained was aimed at giving "a glimpse of a video landscape of tomorrow" at a library in the southeastern city of Daegu.

But the way the two visionary artists approached video in creating their work was different: While Paik took a prophet-like attitude toward modern technology and tried to harmoniously apply its emergence and advancement to contemporary art, Park was more reserved in using it and made what seemed to be rather threatening and mysterious gadgets assimilates into nature and human life. In contrast to Paik's video installations looking as if they have a life of their own, Park's were rather docile, accommodating and treated as the last piece to the puzzle of human life. 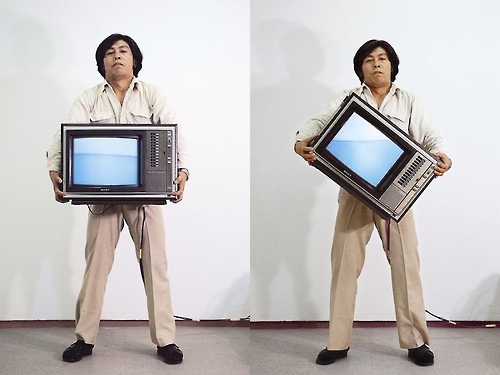 While being recognized as a trailblazer in Korean video art, Park always yearned for experimenting with various art platforms.

"Park Hyun-ki - Visible, Invisible" by Gallery Hyundai, which opens Feb. 2 and runs through March 12, offers a chance to explore the wide, far-reaching spectrum of the video artist who, while having studied fine art and architecture, had to run an interior design company to support his family.

"To the eye of a teenager, it was sometimes embarrassing to show my father's works to my friends," said Park Sung-woo, the oldest son of the artist during a media preview on Wednesday. "All there was a row after row of stones on the gallery floor," he said of the exhibition he visited with his friends one day in 1983. The experimentalism of his reticent father, who never explained his art world to his three children, was often beyond the understanding of a young mind, he said. 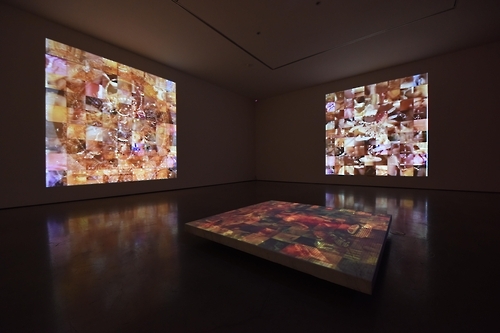 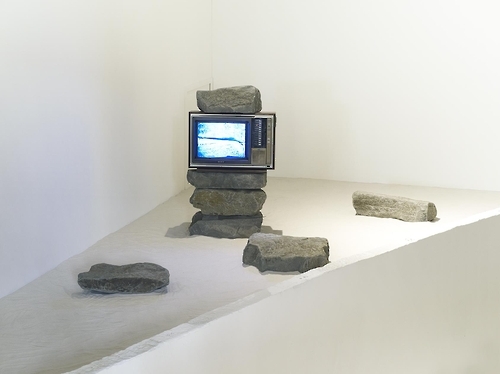 In the major retrospective, the first in seven years by the gallery, 20 drawings and five video installation pieces are being displayed. The highlight of the show are the rarely-seen drawings in oil stick. The artist extensively worked on oil stick paintings in 1993-1994.

Shin Yong-deok, an art critic and Park's friend who attended the briefing, said the drawings, in which layers of images construct a new undefined image, were part of Park's efforts to quench his thirst for painting.

"They are like a by-product of documenting his thought process rather than being a completed piece. You can see a sort of hesitation in there," he said, adding "For me, his works make me all glazed over or drive me into deep thought. It is a strange feeling that I can't quite put my finger on what it is that I've seen and felt."

Gallery President Do Hyung-teh said the retrospective goes beyond Park Hyun-ki who is remembered as a video art pioneer. "It is designed to recast a light on the philosophical messages that run through his oeuvre," he said. 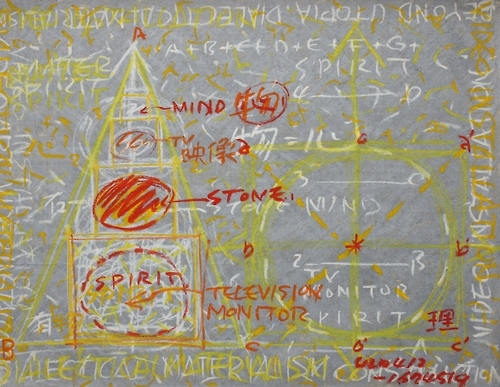 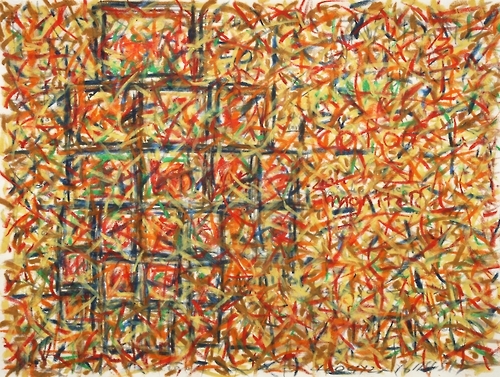