SEOUL, Feb. 1 (Yonhap) -- Two South Korean boxing legends will have a special fight on the country's easternmost islets of Dokdo next month, the organizers of the event said Wednesday.

The Independence Movement, on March 1, 1919, paved the way for Korea's independence from Japanese colonial rule, which lasted from 1910-45. The Dokdo islets, which lie closer to South Korea in the East Sea between the Korean Peninsula and Japan, have long been a source of tension between the neighbors, as Japan also claims sovereignty over them.

The organizers said singer Kim Jang-hoon planned the match between Chang and Yuh. Kim, well-known for his love of Dokdo, had organized various events on the islets in the past. Last year, he played against Go master Lee Se-dol, who is best known for facing Google's artificial intelligence program AlphaGo, on Dokdo.

The organizers said although the bout is currently set for March 1, the date could change depending on the weather conditions.

Both Chang and Yuh are inductees into the International Boxing Hall of Fame. This will be the first time that these two South Koreans will exchange punches.

Chang, 53, became the WBC light flyweight champion in 1983 and defended his title 15 times before announcing his first retirement in 1988. He came back to the ring a year later and competed in the flyweight division until 1991.

Yuh won the WBA light flyweight title in 1985 and beat 17 challengers before hanging up his gloves in 1991. The 53-year-old holds the South Korean record for most consecutive successful title defenses in pro boxing.

"Chang and I decided to accept Kim's offer, since he has shown a lot of affection for boxing," Yuh said. "Although it will be difficult for us to show our moves from our heyday, we will give our best efforts." 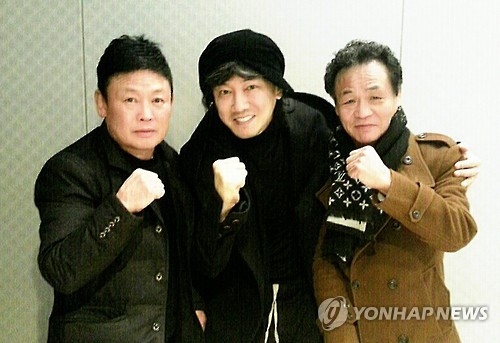