SEOUL, Feb. 1 (Yonhap) -- Current and former aides to President Park Geun-hye on Wednesday rejected allegations that one of her friends had undue influence over state affairs, discounting testimony by another former presidential aide.

Kim Kyou-hyun, senior presidential secretary for foreign affairs and security, testified during the 10th hearing of Park's impeachment trial that Choi Soon-sil had no input in the government's policies on foreign affairs or security.

"As far as I know, there is no room for a third party to intervene in foreign or security policies," he said during the hearing held at the Constitutional Court. "Such talk could not be further from the truth." 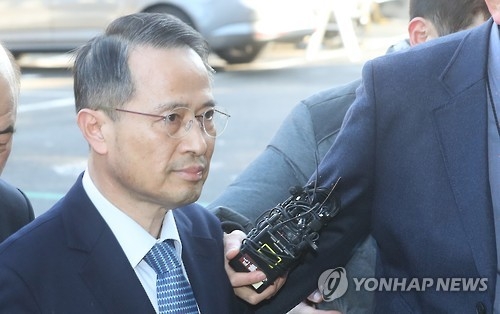 Kim's claim appeared to downplay earlier statements by former presidential secretary Jeong Ho-seong, who admitted to sending official documents, including classified material on foreign affairs, to Choi upon Park's orders. Jeong claimed he only intended to assist the president by receiving feedback from Choi.

The president had acknowledged asking Choi to provide feedback on certain issues, but drew the line when it came to suspicions that she allowed her friend to influence state policymaking.

Park was impeached by parliament in December on charges of letting Choi meddle in state affairs and colluding with her to extort money from conglomerates. The court has until early June to decide whether to unseat or reinstate the president. If she is removed from office, South Korea will hold a presidential election within 60 days.

Asked by Justice Kang Il-won whether an itinerary of the president's overseas trips discovered on Choi's tablet PC is not a state secret, Kim dodged a direct answer.

"Those involved in the work can see it. The president's schedule is handled strictly for security reasons," he said. 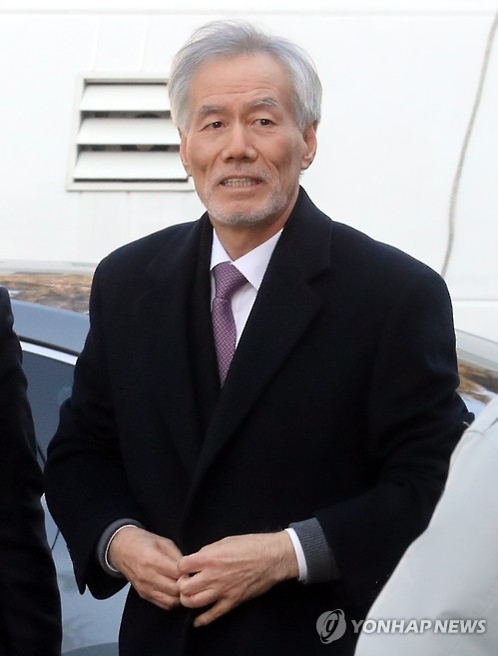 Rep. Yoo Min-bong of the ruling Saenuri Party, who served as the senior presidential secretary for state affairs planning from 2013-2015, gave similar testimony later in the day.

He argued there was "no room" for an outsider to exert any influence over Cabinet meetings, including the meeting held on Oct. 31, 2013.

Jeong testified last month that Choi advised him to arrange the meeting before the president's Europe tour to deal with allegations that the state spy agency conducted an online smear campaign against her opponent during the 2012 presidential campaign.

"It's hard for me to believe that Choi suggested it," Yoo said.

On the issue of Park neglecting her duty during a ferry disaster that killed more than 300 people in April 2014, which was one of the reasons cited for the impeachment, Kim put all the blame solely on the owner of the ferry for failing to adhere to safety standards and the coast guard for botching their initial response to the sinking.

He also said that despite what people may think, the "golden time" to rescue the people on board the doomed ship was actually very short, suggesting there was nothing anyone could do afterwards.

"The September 11 attacks in the U.S. or the terrorist attack on Paris were major disasters following a failure to detect signs in advance," he said. "I have never heard of a president being blamed for a major disaster in an advanced nation."

The senior secretary served as deputy chief of the presidential office for national security at the time of the ferry tragedy.

The court also summoned South Korean Ambassador to France Mo Chul-min to question him over allegations that Choi ordered an inspection of an equestrian association and removed a government official in connection with her daughter's dressage events.

Mo oversaw the sector as senior presidential secretary for education and culture from 2013-2014.

The president has claimed innocence and denied knowledge of her friend's suspected crimes. 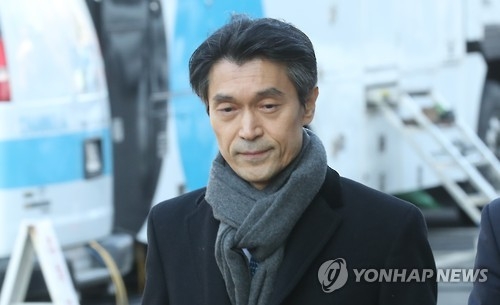