Coming from a religious family, the name is a nod to Mount Zion in Jerusalem. But his music hardly deals with Christian themes.

He also rarely makes TV appearances, which is a near-must for musicians here to thrive. But with his new album "OO" (pronounced "oh oh"), the 28-year-old immediately smashed all major music charts following its release Wednesday.

The overwhelming reception comes as a surprise, even for the artist nicknamed "chart gangster" in South Korea.

"It also makes me wonder how I became No. 1 (on the charts). It's not as if they sought out my music to see my face," Zion.T said jokingly during a group media interview at the dim-lit office of The Black Label, his new agency, in northern Seoul on Wednesday. 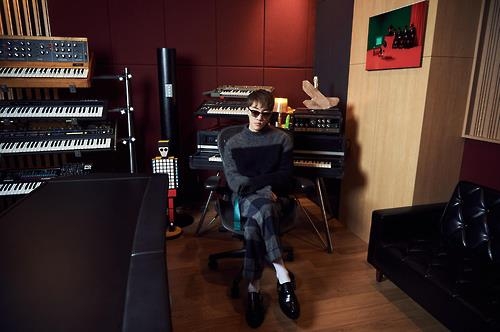 Zion.T's second studio album, which contains seven songs, includes tracks featuring G-Dragon of BIGBANG and rapper Beenzino. It is his first work since signing with The Black Label, a sub-label under YG Entertainment.

"'OO' symbolizes glasses, which I wear a lot, and it also can refer to my vision as I filled (the album) with my (artistic) vision. It can also mean an intersection, like a Venn diagram, since music is the only intersection between people and myself."

Having debuted in April 2011 with single "Click Me," Zion.T, soared to mainstream success through his breakout single "Yanghwa BRDG" in 2014 and later with hits such as "Eat" and "Just."

His works are acclaimed for their autobiographical lyrics, which many laud for being relatable and authentic.

Zion.T continues this tradition with his newest album in 16 months. In terms of sound, the songs range from easy-listening to R&B and even bossa nova. But themes range from "cute to dark" and are very self-referential.

For example, in the very first line of the title track "The Song," Zion.T sings "I wish this song doesn't become famous," "I wish people can't remember the words," a passive-aggressive line considering its main-track status.

"Some songs deal with love, while others explore the more darker sides of people that are hidden from others."

"The Bad Guys" touch upon people's vanity on social media and unquenchable desire for constant recognition.

"'The words 'I want to be rich' I though was a easy way to express people's desire (on social media). I felt empty when seeing people's demanding constant love. The song is about everyone, including me." 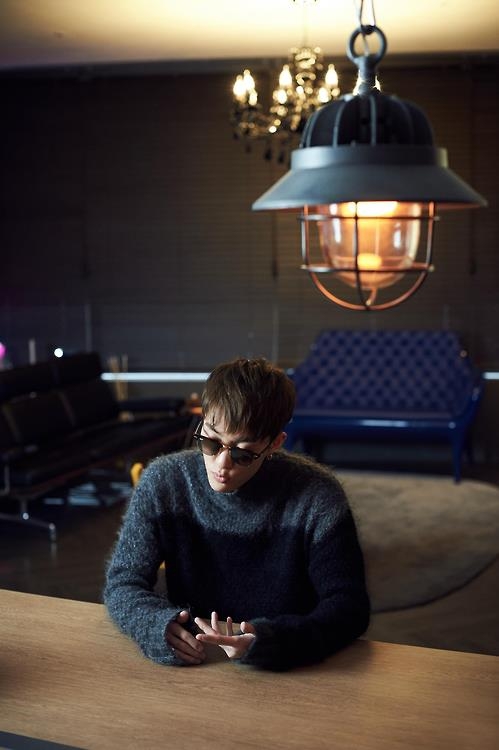 In "Complex," which includes rapping from G-Dragon, Zion.T grumbles about his personal complexes and insecurities by mentioning "Yanghwa BRDG" in the song.

"There are many who remember me through 'Yanghwa BRDG.' I love the song but I wrote the song ('Complex') thinking 'Yanghwa BRDG' as a complex and also with hopes of wanting to be recognized by other songs as well."

The song also happened to create a bit of a stir among many fans of idol groups, due to words such as "if I can't sing I can just take off my clothes." Zion.T apologized for what he described as a "misunderstanding"

"How can I dare belittle those who succeeded after beating near-impossible odds following years of training? I apologize if (people) were offended." said the artist.

When asked about possible projects with foreign artists, the singer said he was interested but pointed out language as a barrier he must overcome.

"I'm sure there is a way to blend well and write good songs. I'm curious as to the synergy that can be produced with a foreign producer."