WASHINGTON, Feb. 1 (Yonhap) -- About 70 percent of Americans believe the U.S. should have long-term military presence in South Korea, a survey showed Wednesday.

The Chicago Council on Global Affairs survey, conducted jointly with research institutes in five other nations, also showed that 62 percent of South Koreans are supportive of long-term U.S. military presence in their country.

"The South Korean public and the American public are closely aligned on their views of U.S. bases in South Korea," the council said.

The high American support for U.S. presence in the South compared with only 46 percent of support Americans showed for a U.S. military presence in Australia.

The survey was conducted in June-September.

During the campaign, U.S. President Donald Trump suggested the U.S. could pull out of the South unless Seoul agrees to pay more of the cost of 28,500 troops stationed in the country. Since the election, however, Trump has significantly toned down on the rhetoric and talked more about the importance of alliances.

The survey also showed that 60 percent of Americans consider North Korea a "critical" threat, while only 40 percent of Japanese think so.

Concerns about North Korea have sharply increased in the U.S. as the communist nation has significantly accelerated nuclear and missile development, including two nuclear tests and a number of launches of ballistic missiles of all ranges last year. 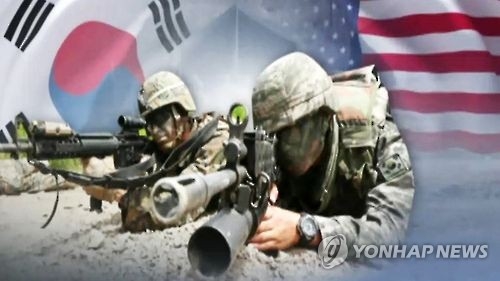