SEOUL, Feb. 2 (Yonhap) -- Apple Inc. and its South Korean archrival Samsung Electronics Co. will roll out their latest tablet PCs in the first half of this year amid a prolonged slump in global sales, market watchers said Thursday.

No. 1 player Apple, which has seen its signature iPad sales fall to the lowest level since its launch in 2011, is gearing up to launch three new models sometime around March and April, they said.

First, the so-called iPad Pro 2 -- a bigger version of the iPad Pro that hit the market in 2015 -- will feature a 12.9-inch screen with a much faster processor chip, they said.

Apple will then launch either a 10.1.-inch or a 10.9-inch model that will replace the current mid-sized iPad Pro, they said.

The smallest model with a 9.7-inch screen is scheduled to be launched to replace the current iPad Air 2, they added.

The new Android-based tablet will be a follow-up to 2015's Galaxy Tab S2 as the company has been grappling with the recent recall of its flagship Galaxy Note 7 over faulty batteries.

The new tablet will feature specs, such as a 9.6-inch display with a snapdragon 820 chip that was also featured in the company's signature smartphone Galaxy S7.

Market watchers, however, forecast the global sales of tablet PCs to fall sharply for the third consecutive year in 2017.

The sales of tablets will drop to under 166 million, partly because users switched to smartphones with bigger screens and hold on to their old tablets longer, they added. 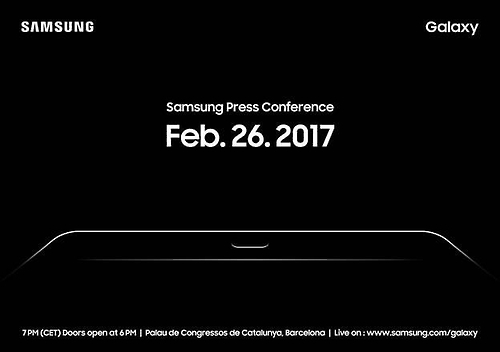