The North's official Korean Central News Agency reported that Jang Chun-sil has replaced the union's leader Kim Jong-sun the previous day, when the union's enlarged plenary meeting was held in Pyongyang. They did not provide any profile of Jang.

Established as the North Korea Democratic Women's League in November 1945, when Korea was liberated from Japan's 1910-45 colonial rule, the union, affiliated with the ruling Workers Party of Korea, was renamed the Socialist Women's Union of Korea in November last year when it held its first congress in 33 years.

The union restricted the scope of its membership to women aged 30 years or older who do not work outside of home in 1983 when it held its fifth congress, from any women aged 18 or older. 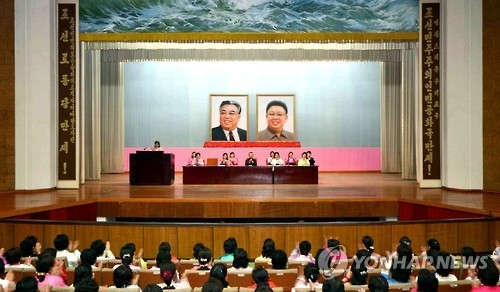