Whether the temples will be listed will be determined next year after a site review by the International Council on Monuments and Sites (ICOMOS), a nongovernmental international organization.

In August, the CHA chose the seven mountain temples as a possible item that could be inscribed on the UNESCO list.

"The temples, since their establishment, have continued the tradition of Korean Buddhism that is both religious and deeply rooted in people's lives," an official from the agency said.

Meanwhile, the decision on the inscription of Seoul City Wall will be made at the 41st session of the UNESCO World Heritage Committee in Krakow, Poland, from July 2-12. 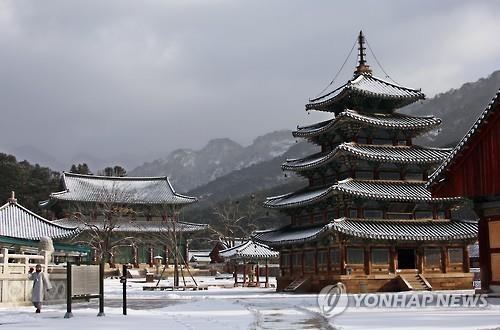