GM Korea Co., GM's South Korean unit, is expected to launch the Bolt electric vehicle in March or April this year, which it calls a "game changer" that will boost its market share here.

The Bolt EV is a long-range electric vehicle that can travel up to 383 kilometers on a single charge, with its local price tag yet to be set.

Its price is widely expected to reach the 30 million won (US$26,000) range, which could attract price-conscious motorists and give a boost to sales of GM Korea, the third-largest carmaker in South Korea.

U.S. electric vehicle maker Tesla is also set to enter the South Korean EV market. In September last year, it filed for certifications on emissions and noise for its Model S 90 D from South Korea's environment ministry in the run-up to its official launch. 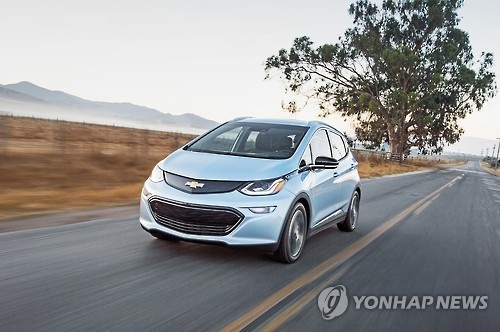 Pending the outcome, Tesla has yet to determine when to launch the Model S 90 D that is capable of traveling 473 km on a single charge and is priced at approximately $90,000. The sales price in Korea has not yet been mentioned.

In addition, Tesla is expected to launch the Model 3, its new, more affordable take on the electric car, in South Korea as early as next year. The Model 3 carries a price tag of $35,000 in the U.S. and can go more than 346 km on a full charge.

Preparing for its entry into South Korea, Tesla opened its first local showroom at Starfield Hanam, a mega shopping mall operated by the Shinsegae Group east of Seoul, in early September. It also plans to have 25 charging facilities within the first half of next year at different retailers operated by Shinsegae. 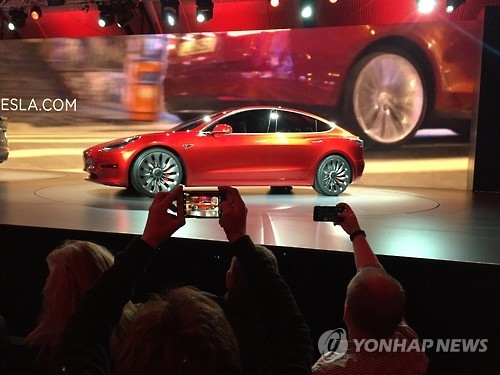 Industry experts said the long-range models of GM and Tesla will surely appeal to motorists in South Korea, which still has EVs with a range of less than 200 km.

In March last year, Hyundai Motor Co., South Korea's leading carmaker, unveiled the EV version of its Ioniq that can run up to 180 kilometers on a single charge. The Ioniq is Hyundai Motor's first dedicated green car model whose production is based on its own platform. Its hybrid version was launched in mid-January.

On top of sedans, electric minicars and commercial vehicles are expected to make their debut in South Korea this year.

Renault Samsung plans to unveil the Twizy ultra-small electric vehicle in South Korea during the first half of this year. The Twizy is a two-passenger EV that produces no emissions and can travel up to 100 km on a single charge. 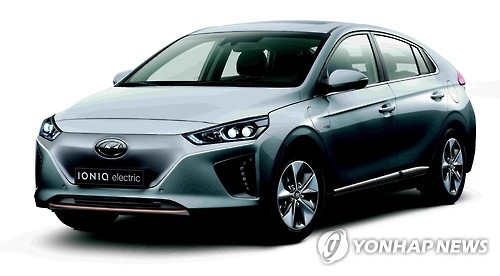 Renault started to sell the vehicle in Paris and other global markets in 2012, but not in South Korea, as it has not met local safety standards and other regulations.

China's largest EV maker BYD Co. is widely expected to debut an electric bus in South Korea in the latter half of this year. BYD has been seeking to expand its presence here through a business partnership.

Market watchers said the planned launch of the GM and Tesla models will likely give a fillip to the domestic market for EVs, whose sales just surpassed the 10,000 mark in 2016, six years after the debut of EVs here.

"In light of last year's sales, the local EV market remains at an embryonic stage," an industry source said. "With major global EV makers set to make forays into South Korea, 2017 will herald the full-fledged start of the EV era here." 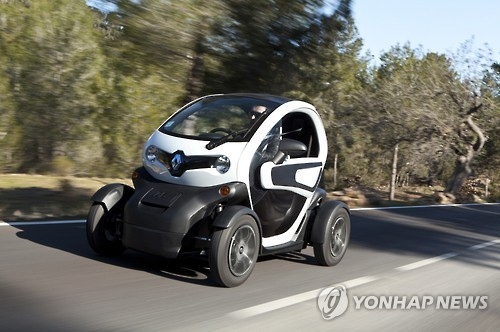