SEOUL, Feb. 2 (Yonhap) -- The number of fifth-generation (5G) mobile phone services worldwide is expected to hit 25 million in 2021, with the majority of 5G subscriptions concentrated in South Korea, the U.S., Japan and China, according to a report by a research firm on Thursday.

The 5G technology, which is expected to be commercially available in 2019 or 2020, aims to offer data transmission speeds about 100 times faster than the current fourth-generation wireless networks.

In a report released on Jan. 25, the research firm Ovum said 5G mobile phone services "will be available in every major region worldwide in 2021."

The latest prediction of 5G subscription by Ovum represented a 4-percent rise from a previous forecast.

In its mid-2016 report, Ovum predicted that the number of 5G subscribers worldwide would stand at 24 million in 2021.

SK Telecom, Verizon and Telia "have announced plans to launch pre-standard 5G services as early as 2018, with plans to transition to standardized services once the 5G standard is finalized," Ovum said.

"Early launches of pre-standardized 5G services could help these operators establish a lead in 5G, but could also create challenges around upgrading pre-standard equipment and services to the 5G standard," it said. 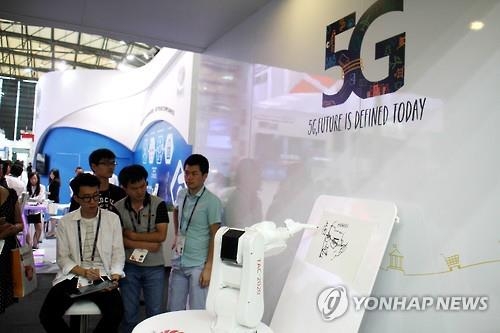