SEOUL, Feb. 2 (Yonhap) -- Lawmakers added allegations of an artists blacklist to the charge sheet for the impeachment of President Park Geun-hye on Thursday as they strive to fend off what they see as a stalling tactic by her legal representatives.

The parliamentary panel, serving as the prosecution in the Constitutional Court trial, submitted a revised impeachment document, which also simplified the overall frame of her charges and reinforced legal arguments for issues related to her bungled response to a 2014 ferry disaster.

Last year, the panel presented the Dec. 9 parliamentary resolution of impeachment to the court. It centered on allegations that Park let her friend Choi Soon-sil meddle in state affairs, colluded with her to extort money from conglomerates, and neglected her duty when the passenger ship sank killing more than 300.

They revised the grounds to incorporate recent allegations that she dismissed government officials who resisted the blacklist of liberal artists, authors and filmmakers.

The new document accused the president of "making select senior officials of the Ministry of Culture, Sports and Tourism resign for refusing to implement the list or being passive about it." 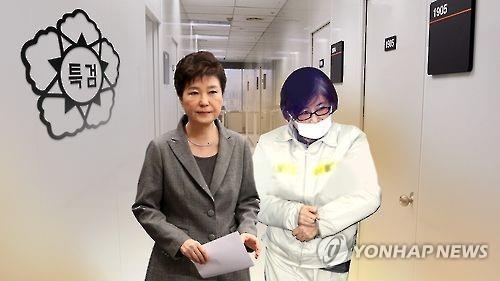 Allegations about the blacklist surfaced after Park's impeachment through a former culture minister who claimed to have seen it. That minister was dismissed in 2014, while six other senior ministry officials were allegedly pressured to tender their resignations. Three of them were eventually dismissed.

The list was allegedly created to ban thousands of artists critical of the conservative administration from state support.

A special counsel team has recently named Park as an accomplice in drawing up the blacklist and arrested a number of top former officials in connection with the case. The president has denied knowledge of the list.

The president's attorneys recently appeared to be trying to stall the proceedings with requests to summon a growing number of witnesses to testify in court.