"More consumers choose Daiso as the company has a team of officials who strictly maintain the product's quality," said a Daiso official. "The company has recently launched items that focus more on design in an effort to improve not only price but also quality."

E-Mart, the nation's largest discount store chain by sales, also seeks to fill more than 40 percent of its total products to be exported with price-competitive PB products.

The PB brand, a generic brand first launched in April 2015, now has more than 1,000 products that range from toilet seats to cookies, the company said.

"The PB products, also known as 'no brand,' are the ones that have only the qualities that consumers really need," said Choi Sang-hoon, an E-Mart official. 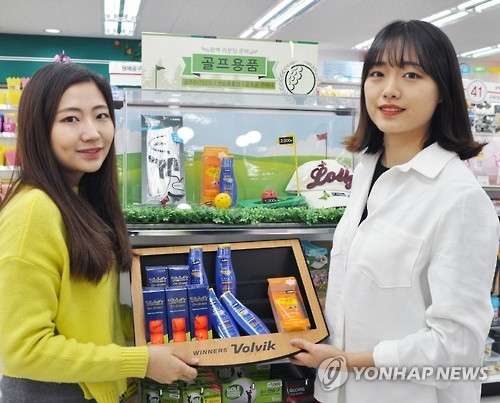 The company said the sales from PB products jumped by more than eight-fold to 190 billion won in 2016 from 23.4 billion won logged a year earlier.

Sales at convenience stores spiked 13.9 percent in December from a year ago, and supermarkets registered a 2 percent rise in sales. In December 2015, supermarket sales dropped 2.5 percent on-year.

CU reported that its accumulated sales during the first three quarters of 2016 jumped by 16.8 percent on-year.

The company said its sales posted a double-digit jump for five years in a row as more consumers buy and sell various items ranging from laptops to high-end luxury goods. 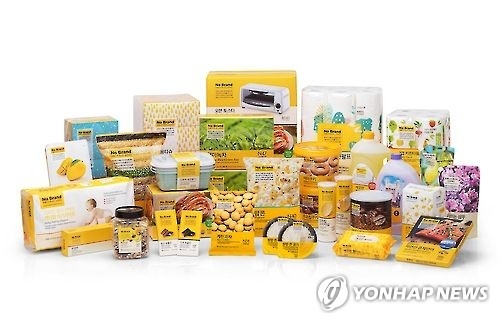