The song's teaser clip was posted on S.M. Entertainment's YouTube channel. The pop ballad number, highlighted by whispery vocals by Suho, is accompanied by a piano performance from acclaimed jazz keyboardist Song Young-joo.

The song, set to be released Friday, marks the 52nd product of S.M. Entertainment's "Station" project, in which a new song is released every week by in-house artists. So far "Station" has covered myriad genres, including experimental collaborations by artists and even with other talent agencies 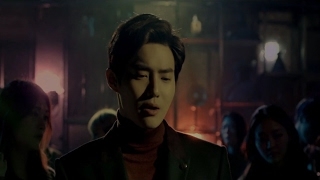