SEOUL, Feb. 2 (Yonhap) -- Actress and former singer Hwang Jung-eum is expecting a baby, due in autumn, her agency said Thursday.

C-JeS Entertainment said the actress will take a temporary break from her acting career to take care of her health.

She began her career as a member of Sugar in 2002. Four years later, the group disbanded and she became fully committed to acting. She's appeared in various popular TV series including "Kill Me, Heal Me," "She was Pretty" and most recently "Lucky Romance." 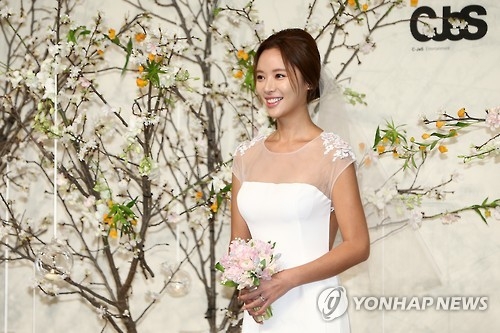