SEOUL, Feb. 2 (Yonhap) --- South Korea's financial regulatory body said Thursday it will ease qualifications for relatively low interest rate loans backed by the authorities so that more people can benefit from the program.

The Financial Services Commission (FSC) has decided to lower the credit rating for Miso Finance policy loans to the sixth level or lower from the current seventh or lower. Miso Finance is designed to help those who seek to launch or operate their own businesses.

The FSC plans to implement the measure before the end of March after related internal procedures. 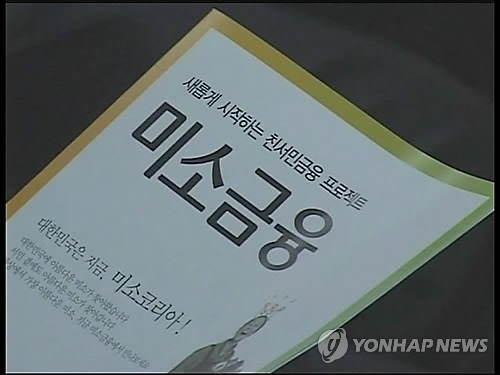 Meanwhile, the nation's state financial watchdog said it would continue efforts to streamline the documentation required for borrowing and insurance or fund purchases.

Last year, the Financial Supervisory Service (FSS) reduced the number of documents needed for mortgage loans from 17 to eight in a bid to cut red tape.